Mario Conte's Salerno soup kitchen serves 140 hot meals every day but as soaring inflation hits Italy's poverty-stricken south, he is struggling to keep up with demand.. The number of people using soup kitchens in Salerno has doubled over the past few months, while a Caritas-run canteen in Castellammare outside Naples has seen a three-fold increase.

Mario Conte's Salerno soup kitchen serves 140 hot meals every day but as soaring inflation hits Italy's poverty-stricken south, he is struggling to keep up with demand.

And with far-right leader Giorgia Meloni promising to abolish a poverty relief scheme if she wins Sunday's general elections, he fears things will only get worse.

"There will be a flood of people here," he warned as he handed out food at the San Francesco kitchen, not far from Salerno's palm-lined seafront, south of Naples.

The eurozone's third largest economy is suffering a cost-of-living crisis exacerbated by Russia's war in Ukraine.

But as usual it is Italy's south, long plagued by poverty and unemployment, which feels it hardest.

"I pay rent, the electricity bill, and then I've got nothing left for food," said 60-year-old Antonio Mela, a former barman who lives with his brother on a 500-euro state pension.

"Everyone is struggling here," he told AFP, as he took servings of pasta, pork and potatoes, and fruit.

Energy is a major concern in a country reliant on Russian gas, particularly here, in the Campania region. According to the Italian Poverty Observatory, the region has the greatest number of people struggling to pay electricity and gas bills.

Rocco Papa, a spokesman for the Catholic Caritas charity which helps run the kitchen, said there was a "chronic" lack of work in Salerno, where one in 13 people are at risk of extreme poverty.

"The bringing together of many factors, the pandemic, the war, has seriously aggravated the situation," he said.

While this is a familiar story across Europe, Italy, with its low-skilled and rapidly ageing population, is unique. 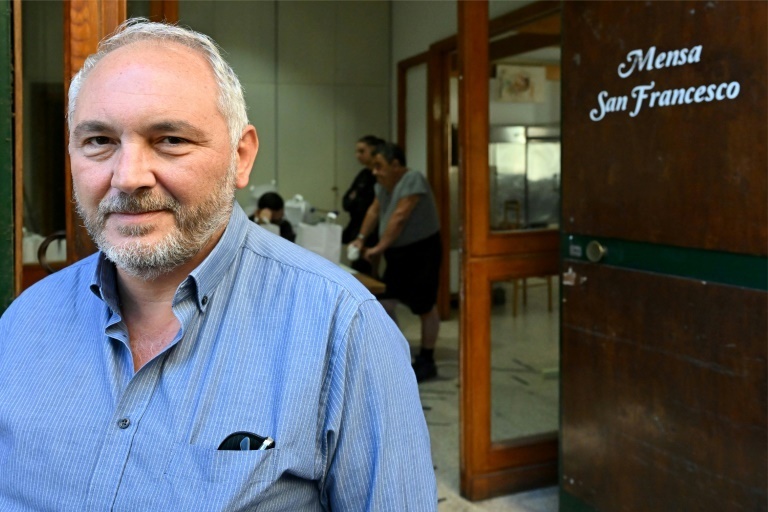 It was the only EU country where inflation-adjusted wages fell between 1990 and 2020, according to the Organisation for Economic Cooperation and Development (OECD).

It is also one of just six EU countries without a national minimum wage, having instead, since 2019, the so-called "citizens' income".

Nearly 2.5 million people claim this benefit for the jobless, which works out on average at 550 euros a month, costing the state 8.3 billion euros this year.

The majority -- 1.7 million people -- live on Italy's islands or in the south, a region with a large shadow economy and where 10 percent of households live in absolute poverty.

But the benefit has been targeted by fraudsters, and some employers say it makes it impossible for them to find staff. They accuse young people of preferring to pocket easy money for sitting at home.

These payments have become one of the electoral campaign's most divisive issues, to the point that Meloni's far-right Brothers of Italy party, which led the last opinion polls, has vowed to ditch the scheme outright.

"The citizens' income helped hugely," 70-year-old Conte said. For a while, many guests stopped coming.

Rising prices have brought new faces to his door, however: from divorced dads to struggling carers, whose badly paid, off-the-books work is no longer enough. 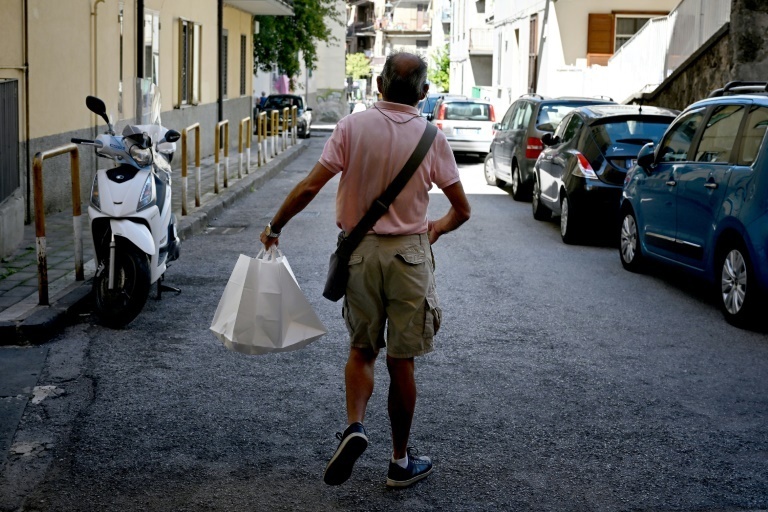 The number of people using soup kitchens in Salerno has doubled over the past few months, while a Caritas-run canteen in Castellammare outside Naples has seen a three-fold increase.

Conte feeds an extra 10 families with young children each morning.

This benefit was the brainchild of the populist Five Star Movement, which swept to power four years ago after winning big in the south.

Now trailing the right in the polls, Five Star has vowed to make the income "more efficient", to bring in a minimum wage and to tackle the gender pay-gap.

The centre-left Democratic Party (PD) also wants to keep a reformed version of the benefit. It has pledged similar other anti-poverty measures as well as with 500,000 new council houses and free school meals.

But for Meloni, the citizens' income is not the solution.

Poverty, she told a rally in Palermo, Sicily this week, "is fought by favouring growth and jobs".

She proposes instead a benefit for those most at risk: disabled people, the over 60s, and struggling families with small children. 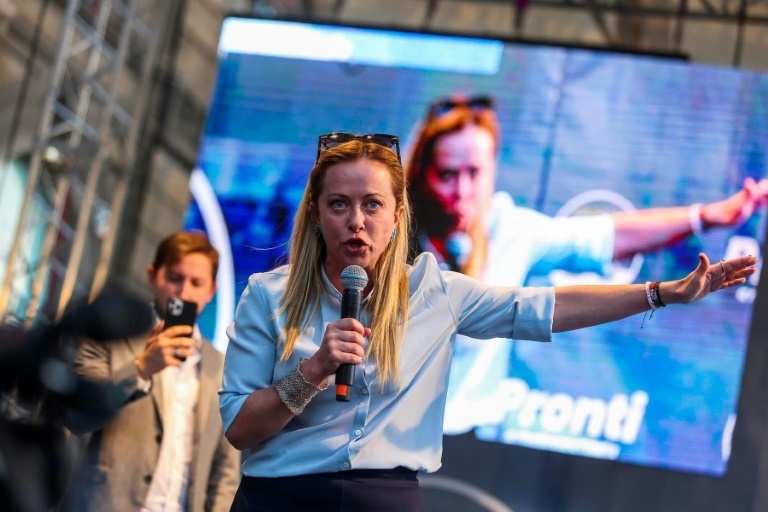 Her right-wing coalition, which brings together the anti-immigrant League and right-wing Forza Italia, has also promised tax cuts to boost growth.

The last available polls suggest Five Star and the Democratic Party's support for the citizens' income may once again be winning votes in the south -- although not everyone here backs it.

"Young people have to work," said Mela, as he collected his food from the San Francesco kitchen. "It should be for families, not 30-year-olds.

"And they have to check who's cheating and who's not."