Boeing agreed to the penalty to settle charges it "negligently violated the antifraud provisions" of US securities laws, the Securities and Exchange Commission said in a statement, saying the company and its leader "put profits over people."

The settlement marks the latest hit to Boeing over the MAX following the Lion Air Crash in Indonesia in October 2018 and the Ethiopian Airlines crash in Ethiopia in March 2019, which together claimed nearly 350 lives.

The press release also attested to the aircraft's safety, not disclosing that Boeing knew a key flight handling system posed safety issues and was being redesigned.

"In times of crisis and tragedy, it is especially important that public companies and executives provide full, fair, and truthful disclosures to the markets," said SEC Chair Gary Gensler in a press release.

"The Boeing Company and its former CEO, Dennis Muilenburg, failed in this most basic obligation. They misled investors by providing assurances about the safety of the 737 MAX, despite knowing about serious safety concerns." 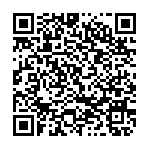