Women at the heart of Swiss pension reform vote

Switzerland votes Sunday on a divisive pension reform plan the government says is vital to safeguard benefits, including a controversial push to raise the retirement age for women.. Surveys indicate that Swiss voters, who have twice rejected government pension reform plans, have warmed to the idea.

Switzerland votes Sunday on a divisive pension reform plan the government says is vital to safeguard benefits, including a controversial push to raise the retirement age for women.

After two previous attempts in 2004 and 2017, Bern is hoping it can finally garner enough votes for its bid to "stabilise" Switzerland's old age security system, at risk of being submerged by the giant baby boomer generation reaching retirement age as life expectancy rises.

One tool for raising more income for the country's old-age insurance system, known as AHV, is to hike the sales tax -- a move expected to bring in 12.4 billion Swiss francs ($12.8 billion) by 2032.

More controversially, the reform also calls for requiring women to work up to the age of 65 before receiving a full pension, instead of allowing them to bow out a year earlier than their male counterparts as they do today.

This, the government says, will allow Switzerland to save 4.9 billion Swiss francs ($5 billion) over the next 10 years.

The reform would also make it easier for people to continue working past the official retirement age, allowing them to progressively wind down their activity up to the age of 70.

The key measures were approved by parliament late last year, but the left-leaning parties and unions who opposed it decided to push the issue to a referendum.

Arguing that the reform was being rolled out "on the backs of women", they gathered three times the number of signatures needed to put an issue to a vote under Switzerland's direct democracy system.

While backers of the reform argue that setting the same retirement age for men and women is not unreasonable, the move has sparked significant pushback, from women especially.

Opponents argue that women continue to face significant discrimination and a broad gender pay-gap in Switzerland, meaning they receive far less pension than men. They argue it is unfair to increase their retirement age without first addressing those issues.

"This reform will reduce the already low income, ... especially for women who have had children," said Gabriela Medici, in charge of the social insurance division at the Swiss Trade Union Federation.

A lack of affordable daycare options and a dearth of school canteens and extracurricular supervision across much of Switzerland push many women to take on part-time work to care for their children.

According to a report by the Organisation for Economic Cooperation and Development (OECD), nearly 45 percent of women in the Swiss workforce work part-time -- far more than in other European countries.

As a result, the gender wage gap in Switzerland is significantly broader than the OECD average, as is the gap in pension income.

In 2020, women in Switzerland on average received pensions nearly 35 percent smaller than their male counterparts, according to the Swiss economy ministry.

Women's retirement age is meanwhile not the only thing opponents dislike about the government's planned reform.

The unions warn that with a labour market stacked against hiring older workers, it could lead to more people landing on unemployment.

Employers organisations and the centrist and right-leaning parties back the reform plans however. They insist Switzerland needs to modernise its system to keep up with the country's ageing population.

"It is a question of pure mathematics," Celine Weber, a parliamentarian with Switzerland's centrist Green Liberal Party, told AFP. It is "possible to be a feminist and to be in favour of the reform", she argued.

"It is a question of solidarity towards future generations of women," she said.

Surveys indicate that Swiss voters, who have twice rejected government pension reform plans, have warmed to the idea. In one recent Tamedia poll, 55 percent of those questioned support it.

But beneath that number, a war of the sexes is raging: while 70 percent of the men questioned backed the reform, 58 percent of women opposed it. 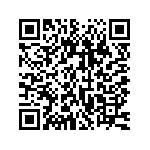