Hilary Mantel, the first British novelist to win the Booker Prize twice and who sold millions of books around the world, has died aged 70, her publishers announced on Friday.. Mantel won the Booker Prize for "Wolf Hall" (2009) and "Bring Up the Bodies" (2012) and had been tipped to win again in 2020 with "The Mirror & The Light," the third in the trilogy.

Hilary Mantel, the first British novelist to win the Booker Prize twice and who sold millions of books around the world, has died aged 70, her publishers announced on Friday.

"We are heartbroken at the death of our beloved author, Dame Hilary Mantel, and our thoughts are with her friends and family, especially her husband, Gerald," 4th Estate Books said.

"This is a devastating loss and we can only be grateful she left us with such a magnificent body of work," it added, providing no other details.

The Wolf Hall Trilogy has so far been translated into 41 languages with worldwide sales of more than five million.

The television adaptation of the first two books, starring Mark Rylance, Damian Lewis, Claire Foy and Jonathan Pryce, was nominated at both the Emmy and Golden Globe Awards.

Scottish leader Nicola Sturgeon said on Twitter that it was "impossible to overstate the significance of the literary legacy Hilary Mantel leaves behind," describing the Wolf Hall Trilogy as her "crowning achievement".

Her publisher called Mantel "one of the greatest English novelists of this century" whose works are considered "modern classics" and who will be "greatly missed".

Nicholas Pearson, former 4th Estate publishing director, said news of her death was a terrible loss both for those who knew her and the world of literature.

"Hilary had a unique outlook on the world -- she picked it apart and revealed how it works in both her contemporary and historical novels -- every book an unforgettable weave of luminous sentences, unforgettable characters and remarkable insight.

"She seemed to know everything. For a long time she was critically admired, but The Wolf Hall Trilogy found her the vast readership she long deserved."

Only last month Mantel, had confided in him that she was working on a new book, Pearson added.

"That we won't have the pleasure of any more of her words is unbearable," he said.

Mantel published her first novel in 1985, "Every Day Is Mother's Day", a darkly comic story about a mentally disabled girl and her terrifying mother, who communes with the undead.

It drew on Mantel's post-university stint as a social worker but was not the first novel she had written.

That manuscript was drafted in the 1970s but only emerged in 1992 as "A Place of Greater Safety", set in the years leading up to the French Revolution of 1789, and its blood-soaked aftermath.

The writer did not fight shy of controversy.

Interviewed by Italian newspaper La Repubblica in September 2021, Mantel said she planned to take up Irish citizenship, "to become a European again" after Brexit.

In 2013 she attracted criticism after she was quoted as describing Prince William's wife Catherine, now the Princess of Wales, as a "shop-window mannequin" whose only purpose was to breed.

Mantel was forced to defend her comments which she said were taken out of context and had been meant to address the perception of the princess created in the media.

She was also condemned in 2014 for her work "The Assassination of Margaret Thatcher", a collection of 10 short stories including one of the same title.

Outraged supporters of the former British prime minister denounced it as a "sick book from a sick mind".

But Mantel hit back, saying the story demonstrated how easily events could have taken a different path.

"There is no need for me or any writer to justify or explain herself to people who have no interest in fiction except when it feeds their dim sense of being injured in some way," she said. 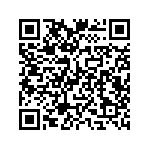