The cliff-top ruins of an ancient castle long claimed as the birthplace of the legendary King Arthur is "at risk of being lost for ever" as climate change quickens the pace of coastal erosion, a UK heritage body warned on Friday.. "Climate change is accelerating the issues faced by our coastal heritage.

The cliff-top ruins of an ancient castle long claimed as the birthplace of the legendary King Arthur is "at risk of being lost for ever" as climate change quickens the pace of coastal erosion, a UK heritage body warned on Friday.

Tintagel Castle in Cornwall, southwest England, attracts tens of thousands of visitors each year, fuelled by the legend of King Arthur and his fabled Round Table.

But the structure is now among six important historic coastal sites at risk "as a result of accelerating coastal erosion", charity English Heritage said.

"Erosion along England's coastline is nothing new but the rate of land loss that we have seen over the past few years is alarming, and some scenarios indicate that sea levels could increase by up to a metre (3.2 feet) by the end of the century," said English Heritage Estates director Rob Woodside.

In the last century sea levels rose by 14 centimetres along the southern coast of England, according to the body.

"Climate change is accelerating the issues faced by our coastal heritage. Rising sea levels and more regular storms pose a real risk to the future of many of our sites," Woodside added.

The legend of the ancient English king and his Round Table of knights has inspired numerous filmmakers over the years.

Although researchers have never established if King Arthur was a real person or a mythical hero, some historians believe there was an important English leader called Arthur around the fifth century, although not necessarily a king.

English Heritage said parts of the cliff directly in front of Tintagel Castle's visitor centre recently fell into the sea due to coastal erosion.

"Protecting our coastal heritage from the effects of erosion and flooding is one of the greatest challenges English Heritage has ever faced," it said.

"Sea levels are rising at their fastest rate for more than 2,700 years and are predicted to surge by up to a metre before the end of the 21st century."

Other sites in southwest England listed by English Heritage as being at risk include Hurst Castle and Calshot Castle, both built by the 16th century king Henry VIII in Hampshire, southern England.

English Heritage said it was launching a public appeal via its website to raise funds to shore up the sites and make them less vulnerable to coastal erosion.

"If these coastal properties are to survive the coming decades, we will need to strengthen their walls and build sea defences to protect them," it added. 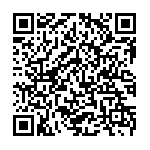