Twelve more bodies were recovered Saturday after a boat carrying migrants from Lebanon sunk off Syria's coast, raising the overall toll to 89, Syrian state media said, in one of the eastern Mediterranean's deadliest such shipwrecks.. Families in Lebanon held a second day of funerals Saturday after they were handed bodies of relatives on Friday night through the Arida border crossing with Syria.

Twelve more bodies were recovered Saturday after a boat carrying migrants from Lebanon sunk off Syria's coast, raising the overall toll to 89, Syrian state media said, in one of the eastern Mediterranean's deadliest such shipwrecks. 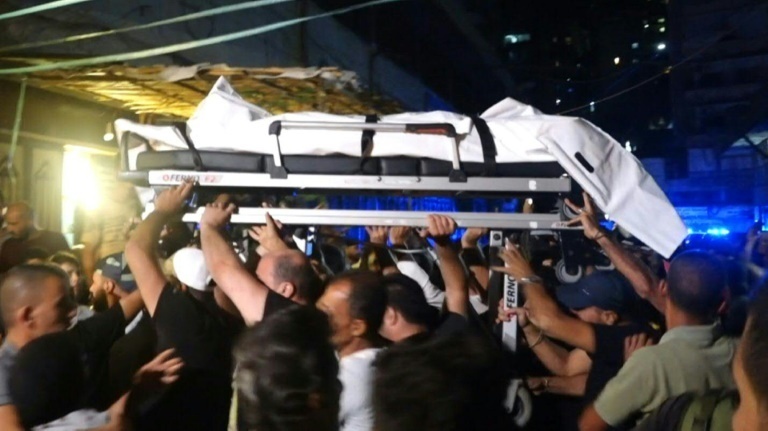 At least 14 people rescued were recovering in hospitals in Syria while six others were discharged, as search efforts continued, with several people still missing since the boat sank on Thursday.

"There are 89 victims, while 14 people are receiving treatment at Al-Basel Hospital, two of whom are in intensive care," Syria's official news agency SANA reported, quoting Iskandar Ammar, a hospital official.

Lebanon's army said Saturday that it arrested a Lebanese man who "admitted to organising the recent smuggling operation from Lebanon to Italy by sea".

Lebanon, a country which hosts more than a million refugees from Syria's civil war, has since 2019 been mired in a financial crisis branded by the World Bank as one of the worst in modern times.

Nearly three years of economic collapse have turned the country into a launchpad for illegal migration, with its own citizens joining Syrian and Palestinian refugees clamouring to leave through dangerous sea routes.

As many as 150 people were on board the small boat that sank off the Syrian port of Tartus, some 50 kilometres (30 miles) north of Tripoli in Lebanon, from where the migrants set sail.

Those on board were mostly Lebanese and Syrians and Palestinians, and included both children and the elderly, the UN said.

Families in Lebanon held a second day of funerals Saturday after they were handed bodies of relatives on Friday night through the Arida border crossing with Syria.

In the northern port city of Tripoli, from which many migrant boats depart, anger mixed with grief as relatives received news of the death of their loved ones. 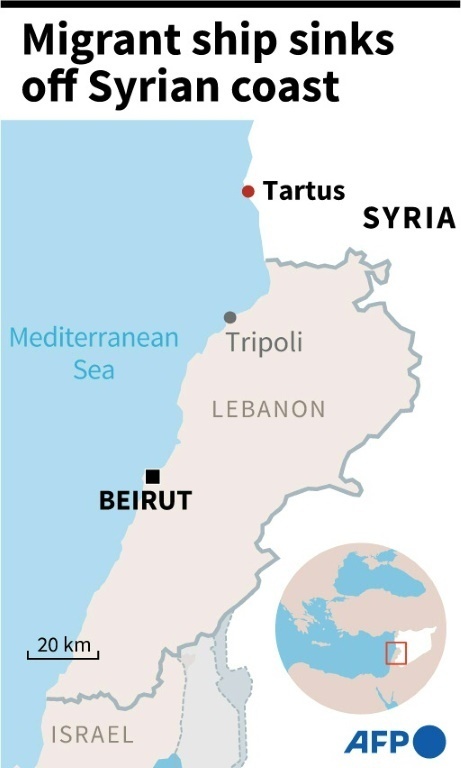 Hundreds of people gathered Saturday for the funeral procession of one of the victims, pumping fists into the air, as relatives wept carrying a makeshift coffin through the streets. 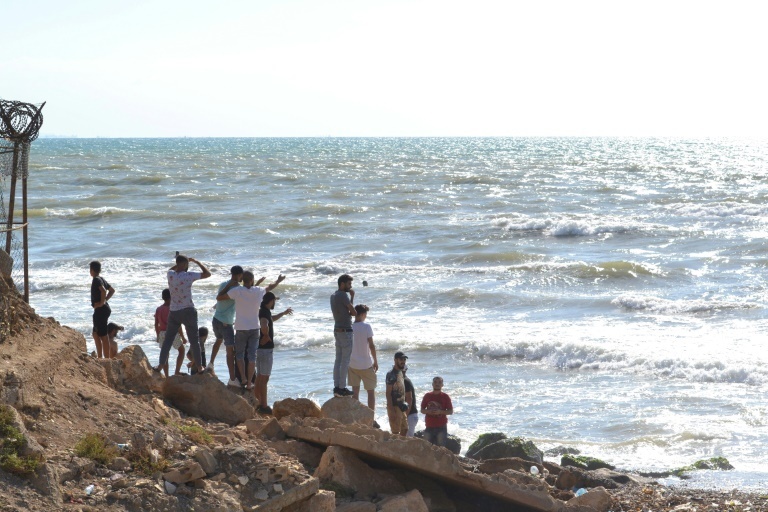 Since 2020, Lebanon has seen a spike in the number of migrants using its shores to attempt the perilous crossing in jam-packed boats to reach Europe.

The UN children's agency, UNICEF, said they had initial reports that 10 children were "among those who lost their lives" in the latest disaster.

"Years of political instability and economic crisis in Lebanon have pushed many children and families into poverty, affecting their health, welfare and education," UNICEF added.

Philippe Lazzarini, head of the UN agency for Palestinian refugees said: "No one gets on these death boats lightly...

"People are taking this perilous decisions, risking their lives in search of dignity."

Lazzarini said more must be done "to offer a better future and address a sense of hopelessness in Lebanon and across the region, including among Palestine refugees".

Antonio Vitorino, head of the International Organization for Migration (IOM), said: "People looking for safety should not be compelled to take such perilous and often deadly migration journeys."

Most of the boats setting off from Lebanon head for European Union member Cyprus, an island about 175 kilometres (110 miles) to the west. 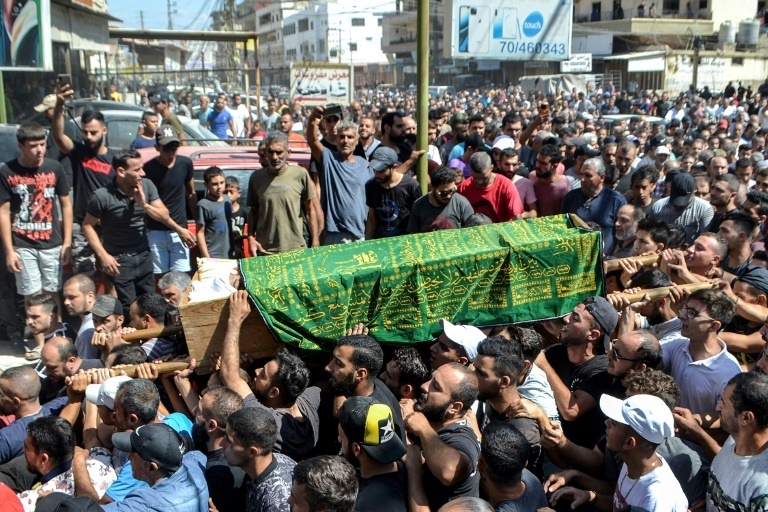 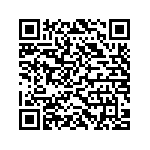