Go out and vote to protect your rights, top Italian designers urged compatriots this week as the Milan shows coincided with elections predicted to see a far-right government take power in Rome.. "On September 25 vote to protect rights already acquired, thinking about progress and with an eye on the future," she posted.

Go out and vote to protect your rights, top Italian designers urged compatriots this week as the Milan shows coincided with elections predicted to see a far-right government take power in Rome.

From Donatella Versace to Valentino's Pierpaolo Piccioli, calls to mobilise have been everywhere at Milan Fashion Week. Houses such as Gucci and Fendi are actively helping their employees cast their ballots in Sunday's general elections.

"Go out and vote, these elections are so important for our country!" Versace said on Instagram ahead of her fashion house's Friday show.

"On September 25 vote to protect rights already acquired, thinking about progress and with an eye on the future," she posted.

Left-wing activists fear the ascent to power of far-right leader Giorgia Meloni, who is leading opinion polls, will lead to a step backward for rights in Catholic-majority Italy.

Meloni says she would not change the law legalising abortion, but says she wants to give mothers "the choice" not to terminate.

Piccioli, creative director at Valentino, published a lengthy post on Instagram in defence of tolerance, under the title, "A man of the left".

- 'Afraid of the consequences' -

"The idea that there are people, human beings, who at this moment may be afraid of the consequences of this election fills me with rage," he wrote.

He called on young people in particular to go and vote, because "we must not step back a millimetre on rights we have, and in fact the time is right to acquire new and fundamental ones".

Influencer and fashion entrepreneur Chiara Ferragni has also called on her 28 million Instagram followers to defend LGBTQ and abortion rights.

While accepting that many people might feel unhappy about the choices on offer, she warned that not voting "is only to delegate to others what is up to us to decide".

For millions of Italians, however, taking part in elections is not straightforward.

Postal voting is not available except for those living abroad, meaning they must physically return to their legal place of residence to cast a ballot.

And here again designers in Milan are getting involved.

Giacomo, a member of staff for Gucci based in Rome who did not give his last name, said the fashion giant "has completely reorganised the work to allow us to go home to vote".

Like the rest of his team, he is in Milan for the spring/summer 2023 catwalk shows that run until Monday.

"We organised a lot of things to finish up on Saturday -- we're on our knees but reassured to be able to go and vote," he told AFP.

"Some of us will go back to Milan on Sunday evening or Monday to continue the post-show work, and everything is taken care of by Gucci."

From designers and stylists to production and marketing staff, about 80 percent of the teams of fashion houses are mobilised to Milan both for the show and, afterwards, sales.

Serge Brunschwig, head of Fendi, which had its show here on Wednesday, said its Milan showroom would close on election day on Sunday.

"We are paying for the travel of our Italian teams so they can go to their polling stations and return to Milan on Monday or Tuesday," he said.

With turnout predicted to be historically low, below 70 percent, many here feel that if they can get back to vote, then they should.

"Some of us have to go and vote in Puglia, in Sicily, in Sardinia," said Roberto Strino, 39,  who works for Giorgio Armani, railing against the lack of a technological alternative.

"I will do it, because the elections are very important and we must take a stand against the far-right." 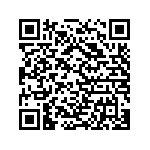 Italy to inject another 400 mn euros into airline