Sheltering from rain near Bangkok's Grand Palace, scores of unemployed Thais queue alongside homeless people waiting for free meals as 14-year-high inflation sends living costs soaring -- causing a headache for the government ahead of a looming general election.. "What we now need to look at is more targeted policy measures that would help alleviate the difficulty from rising living costs among Thai lower-income households," she said.

Sheltering from rain near Bangkok's Grand Palace, scores of unemployed Thais queue alongside homeless people waiting for free meals as 14-year-high inflation sends living costs soaring -- causing a headache for the government ahead of a looming general election.

The leadership came to power eight years ago under Prayut Chan-O-Cha, promising to provide stability after long-running protests started to hit the kingdom's economy.

However, it struggled to live up to its pledges and the damage wrought by the pandemic on the travel industry has been compounded by a global inflationary crisis that has sent prices rising beyond many people's reach.

And in a move seen as symbolic of the severity of the situation but likely to cause more pain for consumers, the government recently raised the price of instant noodles for the first time in more than a decade after manufacturers agitated for a rise.

For those waiting in the rain, the impact is already painfully clear. 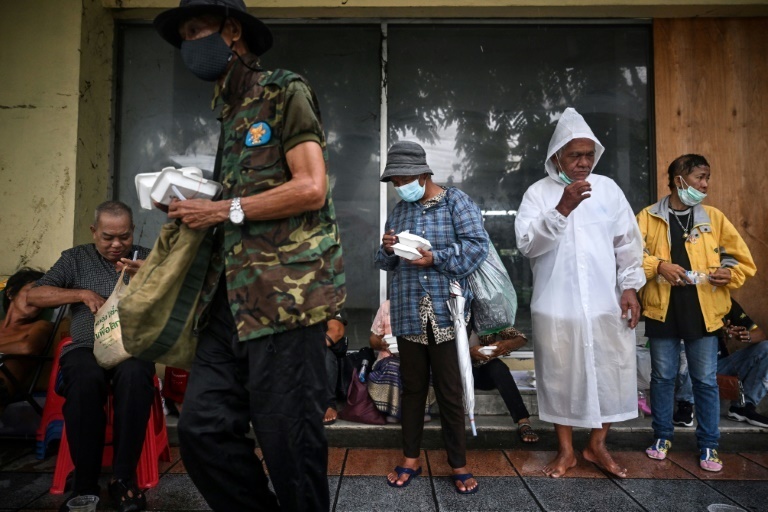 "A few years ago, I was able to afford buying my own food but now food is too expensive," said Somchai, who only gave one name, and who is unemployed.

"I couldn't bear the prices so I have to come out and find food donation like this," said the 42-year-old after he had collected his meal.

A general election must be called by March, giving the coalition government led by the military-friendly Palang Pracharat Party (PPRP) little time to turn things around. 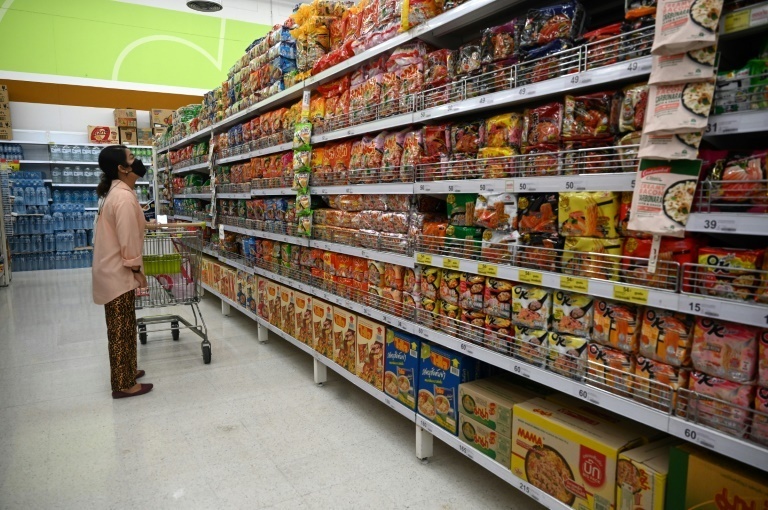 Adding to PPRP's woes, Prayut was suspended from office last month while the Constitutional Court decides whether he has reached his term limit as prime minister.

In a bid to ease the pain for struggling Thais, the government has approved a proposal to raise the daily minimum wage to between 328 and 354 baht ($8.83 and $9.53) after earlier agreeing to extend a fuel tax break.

But political analyst Napisa Waitoolkiat at Naresuan University told AFP the measures were taken "for winning votes" but doubted they would turn many voters around.

"The damage is beyond repair," she said.

The economy looks set to be a major factor in the election, and Napisa said voters would not forget the PPRP's vows to improve it.

"Yet, once they are in power, they cannot keep the promise," she said. 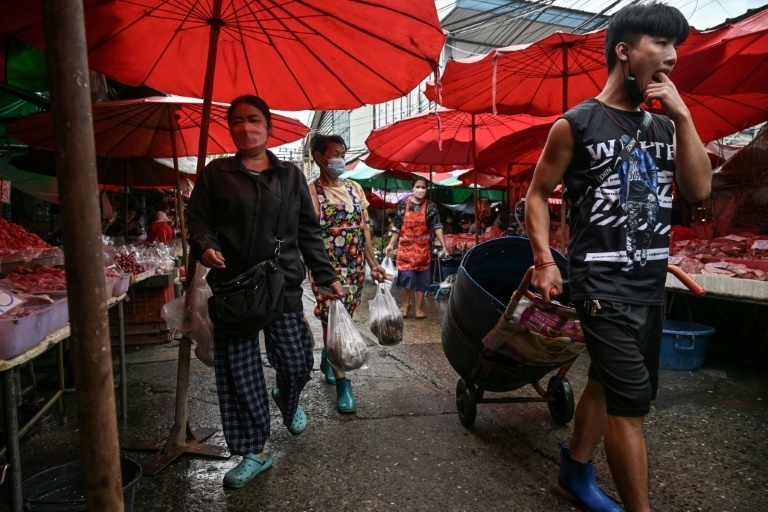 "What we now need to look at is more targeted policy measures that would help alleviate the difficulty from rising living costs among Thai lower-income households," she said.

Growth remains sluggish -- just 2.5 percent in the second quarter, dragged by high inflation despite the return of foreign visitors after the pandemic shutdowns.

"You will see that even the GDP growth rate of Thailand is the slowest in the region," Pavida said. 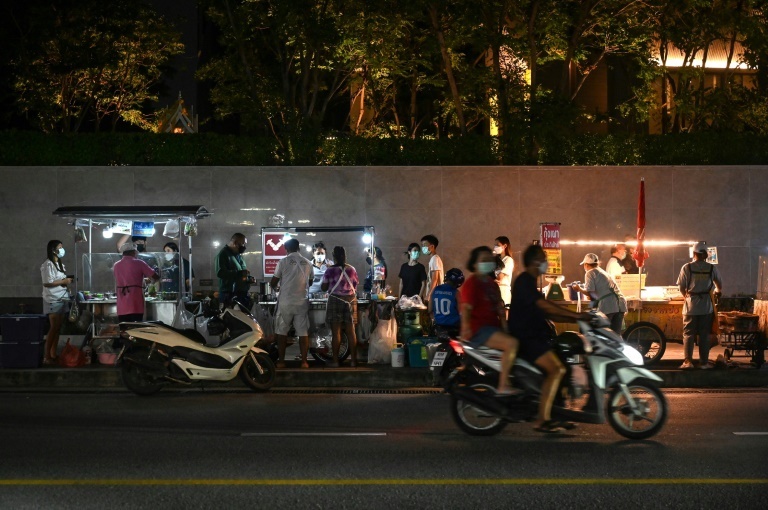 Pavida also warned that price rises, like those of instant noodles, could be a precursor to further hikes in foodstuff.

"For lower-income people, whose majority of income is spent on food or energy, they would be even more impacted by this," she said.

Veerayuth Sae-ung, queueing to buy a noodle lunch in central Bangkok, said his "way of eating has changed a lot".

"I used to come down here and buy lunch like this daily, but lately I just couldn't afford to buy from stalls every day anymore," the 34-year-old said.

"Even in spite of the rain, there are some times that the line goes two or three blocks," he said. 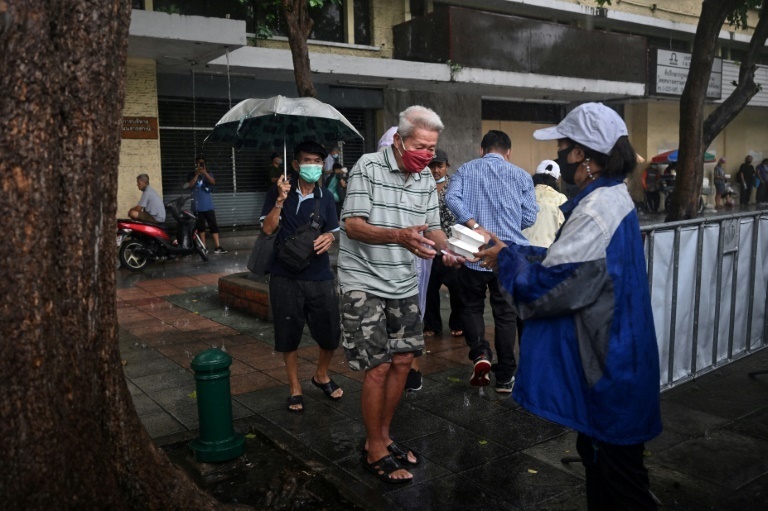 "I think it was already very hard for the elderly to make ends meet," his co-founder Friso Poldervaart added.

Poldervaart said many of the elderly people they helped had lost touch with their families and were unable to survive on the government support of between 600 and 1,000 baht a month.

"You cannot survive on that. That's just the way it is," he said.

"So it was already hard, but of course with increasing prices it just gets harder for everyone to make ends meet." India at 75: Rising power finding its place on global stage