Cubans went to the polls Sunday to vote in a landmark referendum on whether to legalize same-sex marriage and adoption, allow surrogate pregnancies and give greater rights to non-biological parents.. This month, the Cuban Conference of Catholic Bishops announced its stand against several points in the new code, including surrogate pregnancies and adoption by same-sex couples.

Cubans went to the polls Sunday to vote in a landmark referendum on whether to legalize same-sex marriage and adoption, allow surrogate pregnancies and give greater rights to non-biological parents.

President Miguel Diaz-Canel and his wife cast their ballots early at a Havana polling station in what he said is a needed revision of the country's 1975 Family Code.

The new code, he told reporters, "is a fair, necessary, up-to-date, modern norm that gives rights and guarantees to all people, to the full diversity of families, of people and of creeds."

Cubans aged 16 and over are being asked to vote simply "Yes" or "No" to the question: "Do you agree with the Family Code?"

The updated code would represent a major shift in a country where machismo is strong and where the authorities, in the 1960s and 1970s, sent homosexuals to militarized labor camps.

Official attitudes have since evolved, and the government has conducted an intense media campaign in favor of the new code.

But the referendum comes amid the country's worst economic crisis in 30 years and could provide an opportunity for some voters to voice opposition to the government.

The law needs more than 50 percent of the vote to be adopted, and dissidents have called on citizens to reject the code or to abstain from voting.

If approved, the new code would permit surrogate pregnancies, as long as no money changes hands, while boosting the rights of children, the elderly and the disabled.

Significantly, it would define marriage as the union between two people, rather than that of a man and a woman. 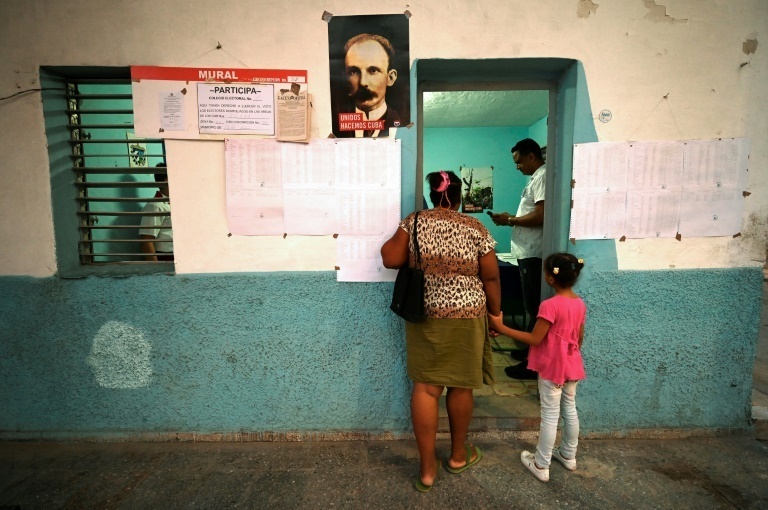 An effort by Havana in 2019 to join that group failed amid strong criticism from church leaders.

This month, the Cuban Conference of Catholic Bishops announced its stand against several points in the new code, including surrogate pregnancies and adoption by same-sex couples.

But many Cubans say they now support such ideas.

"A few years ago I would not have accepted this code," 78-year-old Elio Gomez, a former teacher of Marxism, told AFP at a Havana polling station. "But one has to keep up. This is a very human code, totally inclusive."

"I'm Christian, I have other ideas, I don't accept this," said Zulika Corso, 65, a teacher. 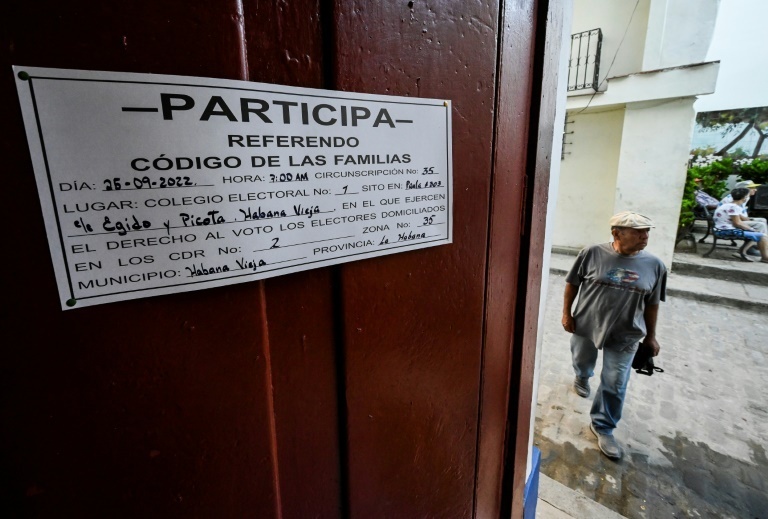 The code's sweeping reach, including nearly 500 articles, fed doubts among some who said they agreed, for example, with same-sex marriages but not with surrogate pregnancies.

The code was the subject of months of intense debate across Cuba.

Still, political scientist Rafael Hernandez called it the "most important human rights legislation" there since the 1959 revolution.

Cuba today is experiencing a grave economic crisis -- with shortages of food, fuel and medicine -- aggravated by US sanctions and a tourism collapse due to the coronavirus pandemic.

Experts say voters could use this occasion to express their broad disapproval of the government.

"There are many other subjects that are more important than the Family Code, like the fact there is no food, that many people are hungry," concierge Julio Cesar Vazquez told AFP.