In the shimmering rapids of the River Spey that cuts through the Scottish Highlands, Ian Gordon casts his line with a languid swish and waits for a salmon to take the fly.. At the Spey River, Gordon exits the water without having caught a fish.

In the shimmering rapids of the River Spey that cuts through the Scottish Highlands, Ian Gordon casts his line with a languid swish and waits for a salmon to take the fly.

In the early 1970s, when Gordon first fished the Spey as a "wee nipper", it never took long to catch a bite. But things have changed.

"I would say there are now 20 percent, maximum, of what there were in the mid-80s," Gordon told AFP on a stretch of the river near the town of Aberlour, where he runs a tourist fishing company.

Before the numbers started to fall in the 1980s and 90s, hundreds of thousands of young Atlantic salmon or smolts would migrate to sea from Scotland's rivers.

A quarter would return to their natal rivers to spawn. Today, only around four percent return, according to the Spey Fishery Board.

In Scotland, where anglers abide by a "catch and release" conservation code, the rod catch of 35,693 in 2021 was the lowest number since records began.

The Scottish government, in a report in June, said the numbers were "consistent with a general pattern of decline in numbers of wild salmon returning to Scotland".

Ecologists and fishermen say multiple factors are behind the decline, including the overfishing of herring and the effect of the warming climate on the salmon's life cycle.

"Herring used to be abundant around the coastline of the UK," Gordon says. 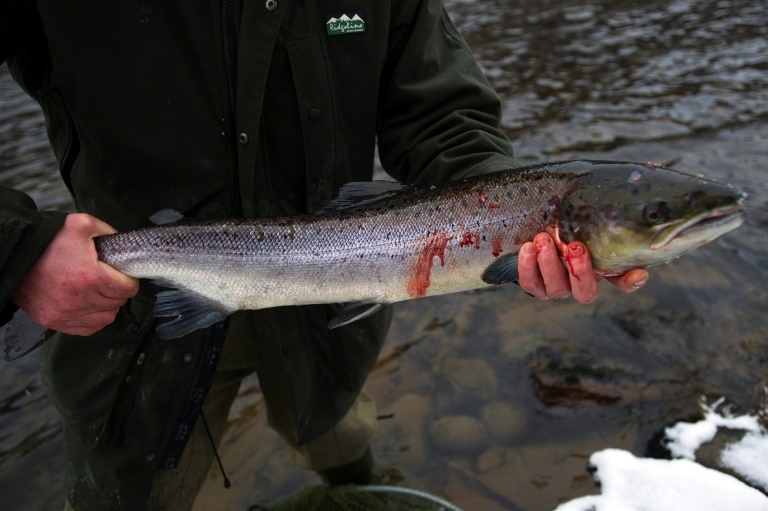 "That was a species that all species relied on around the UK. Since the herring got fished out, so the salmon, which come into the ocean as little things, themselves become prey.

"It's that cycle that gets upset when one species is taken out of the ecosystem.

"That of course is affected by the climate, there's no doubt."

Further north, outside the town of Bonar Bridge, Andrew Graham-Stewart stands on a bridge surveying a stream.

"We've got a real problem happening at sea," says Graham-Stewart, who is the director of the Wildfish Scotland charity and has fished the local waters since he was a boy.

"Climate change is obviously the primary factor, and there is very little we can do about that.

"But when fish go out to sea, they are clearly not finding all the food that they need to find."

One factor is the loss of trees around the headwaters of Scottish rivers. 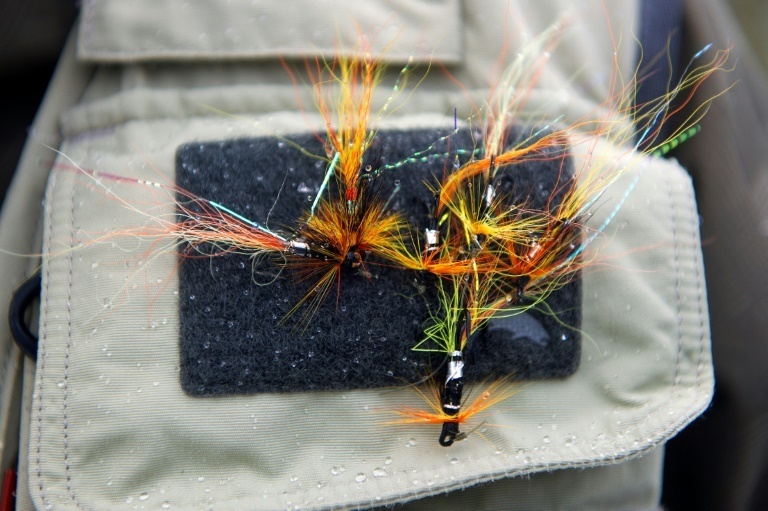 Scotland has lost "probably about 95 percent" of its tree cover over the last few centuries due to agriculture, industry and wars, Graham-Stewart said.

Trees, apart from providing shade for marine life, slow the release of water from the hills, which provides more constant flows through the year.

Some fisheries boards have already taken action including on the River Dee, which runs along the royal family's Balmoral estate, where Queen Elizabeth II died on September 8.

The Dee District Salmon Fishery Board and River Dee Trust have planted more than 200,000 native trees along the river banks since 2013.

The aim is to plant a million trees by 2035 to restore water retention and protect salmon and other river species.

On the River Carron in 2019, local groups removed a concrete weir built more than half a century ago to improve water flow and allow salmon a trouble-free journey.

For Graham-Stewart, salmon farming in the western Highlands and islands of Scotland has played a "massive" role in the fall in numbers, by spreading sea lice to wild salmon. 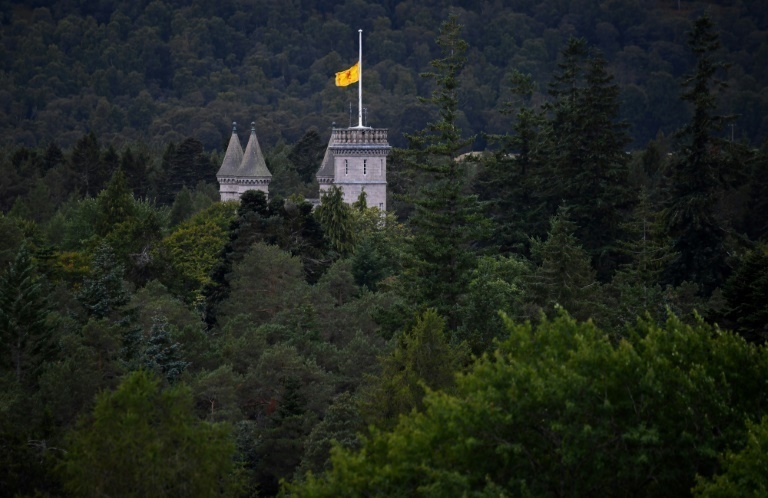 Millions of fish in a concentrated area act as a breeding ground for parasites, he says.

When the sea lice enter the farm they multiply exponentially and are passed on to passing juvenile wild salmon.

Once that happens, the salmon are eaten alive by the lice.

"The damage they (fish farms) are doing to wild fish and the environment, in general, is massive," he said, calling for tighter regulations on salmon farms.

Fish farms emphatically deny the allegations, saying that protecting the environment and health of fish are fundamental to their business.

At the Spey River, Gordon exits the water without having caught a fish.

He slides out of his waterproof waders and fixes his rod to the roof of his car.

Salmon, he believes, are a valuable indicator for the health of humanity as a species.

"It gives us an indication on whether the sea is in a good state or not," he says. 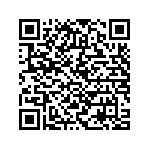