The government of new British Prime Minister Liz Truss on Monday came under pressure after the pound hit a record low against the dollar following a huge tax-cutting budget last week.. "I would expect pressure from MPs on the prime minister and chancellor to grow sharply in the coming week."

The government of new British Prime Minister Liz Truss on Monday came under pressure after the pound hit a record low against the dollar following a huge tax-cutting budget last week.

In a rare statement issued between its rate-setting meetings, the Bank of England said it was monitoring market developments "very closely".

The UK central bank said it would "not hesitate to change interest rates by as much as needed" to curb high inflation -- hinting at further pain for British households and companies.

But it also signalled that it would wait until its next policy meeting on November 3 before fully assessing the impact of the government's contentious plans.

The main opposition Labour party lambasted Truss for the plans, which rely on a borrowing splurge and which some economists warn could further fuel inflation.

She likened Truss and Chancellor of the Exchequer Kwasi Kwarteng to "two desperate gamblers in a casino chasing a losing run".

But Downing Street insisted the aggressive plan of tax cuts announced by Kwarteng on Friday -- just three weeks into Truss's first month in office -- was essential to kick-start anaemic growth.

The plan will "grow our economy faster than our debts", Truss's spokesman said, adding that the government would not comment on market movements destabilising the pound.

In a bid to reassure the markets, the Treasury announced Kwarteng would outline a new "medium-term fiscal plan" on November 23, "including ensuring that debt falls as a share of GDP in the medium term".

Kwarteng also intends more supply-side reforms to cut red tape in the UK economy, and the fiscal plan will be accompanied by new independent forecasts from the Office for Budget Responsibility, the Treasury said.

The absence of such forecasts from last Friday's "fiscal event" has contributed to the sense of alarm on financial markets.

Britain has been facing a cost-of-living crisis with soaring energy prices coupled with inflation and wage stagnation. 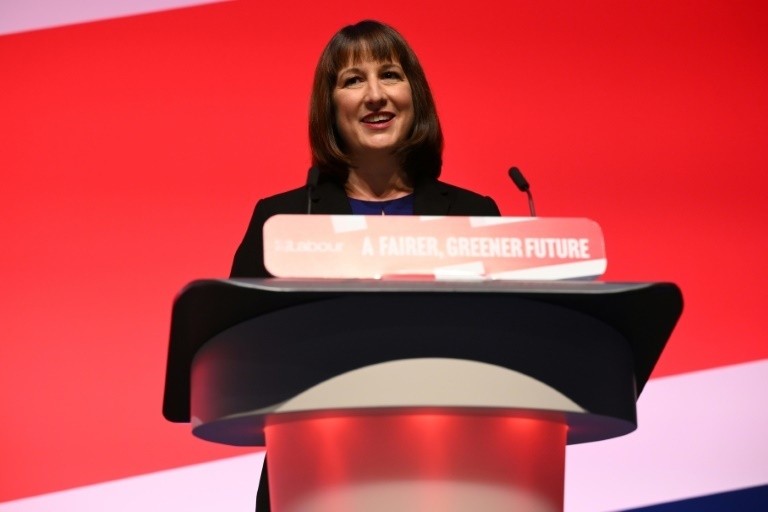 On Friday, Kwarteng brought forward a plan to cut the lowest rate of income tax, and reduce the highest to 40 percent from 45 percent.

But investors were spooked by the huge amount of borrowing likely needed for the package, which critics said would benefit the rich far more than the poorest hit by the cost-of-living crisis.

The cost of measures to cap energy prices alone have been calculated at £60 billion ($65 billion) for only six months.

But economists estimate the whole tax package at between £100-200 billion. 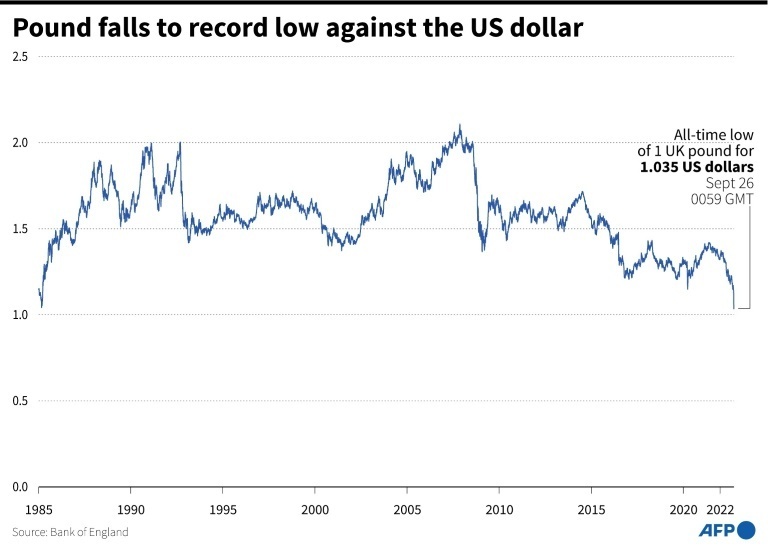 Tension between the bank and the Treasury is now "palpable", added Susannah Streeter, analyst at Hargreaves Lansdown.

"Many Conservative MPs will be concerned that their party's poll ratings will be damaged, particularly by the profile of the tax cuts proposed," he said, ahead of the Tories' own annual conference next week.

"I would expect pressure from MPs on the prime minister and chancellor to grow sharply in the coming week."

While the UK's inflation rate stands at 9.9 percent -- the highest in the G7 -- the central bank also estimates that the country entered recession during the third quarter. 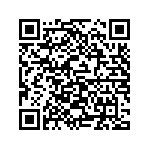