Women have spent centuries trying to liberate themselves from heels and corsets, but the latest Dior collection at Paris Fashion Week on Tuesday presented them as a sort of "ironic power dressing".

"The idea that amused me was that there are elements in the clothes that create a regal imagination," Chiuri told AFP ahead of the show.

She presented the spring-summer 2023 collection against the backdrop of a grotto in the Jardin des Tuileries on the second day of Paris Fashion Week.

With dancers twisting in the background, the show sought to bring a "baroque party" atmosphere, reflecting the key inspiration of the collection. 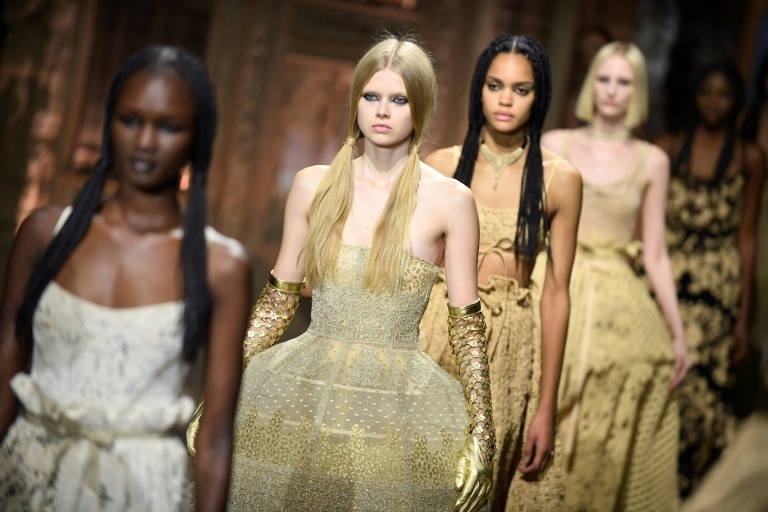 Short in stature, Italian aristocrat Catherine de Medici was a pioneer of platform shoes to give her more height, and used structured silhouettes to create a more imposing presence when she arrived at the court of France in the 1530s on her way to becoming queen.

The corsets in Dior's new collection were not hidden -- "They're an object to play with and have fun," said Chiuri.

The basket-like dresses have a "functional" dimension, she added, intended to mimic the power dressing trend of the 1970s and 1980s.

There was also plenty of embroidery and lace, which Catherine de Medici made sure were produced in large quantities by French royal artisans.

Even the venue for Tuesday's show was a nod to the Italian aristocrat, who organised parties in the Jardin des Tuileries. 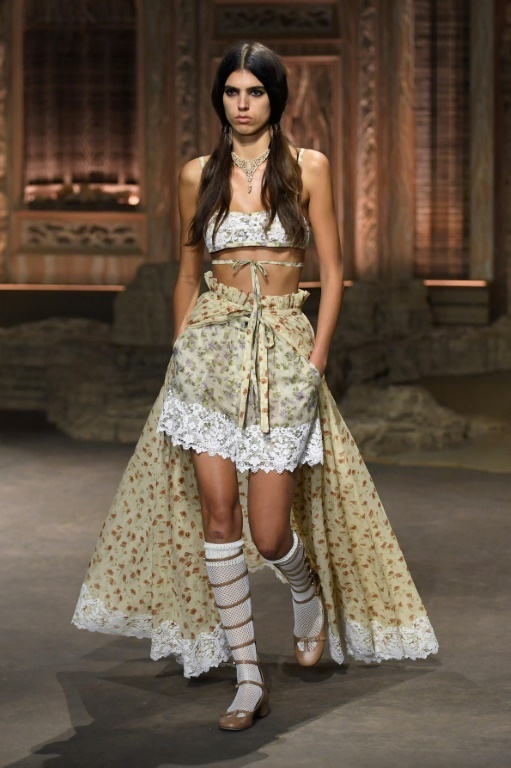 Chiuri said she was well aware that there was not a party mood in the world right now, but said this was all the more reason to take a playful tone with fashion.

"In this heavy historical moment, fashion is the only place where we can still play -- that's what I wanted to do at the moment," she said.

"The situation is tragic, we have to find motivation to work." Egypt dusts off pyramids for fashion, pop and art shows