Singapore dressed up to party like it's 2019 for F1 return

With tickets selling fast and party suites costing up to $70,000 a night, Singapore is putting the pedal to the metal when it hosts Asia's first Formula One race this weekend since the pandemic.. "There's a lot of pent-up demand for those race enthusiasts looking forward to come back to Singapore," said Marcus Hanna, managing director of Fairmont Singapore and Swissotel The Stamford. - $70,000 party suite - For many, the socialising is as important as the racing.

With tickets selling fast and party suites costing up to $70,000 a night, Singapore is putting the pedal to the metal when it hosts Asia's first Formula One race this weekend since the pandemic.

Tens of thousands of fans are expected to converge for the Singapore Grand Prix from Friday to Sunday as the night race roars back after a two-year absence because of Covid.

Adding to the party atmosphere, Red Bull's Max Verstappen could retain his world title on the floodlit street circuit around the Marina Bay district.

But one of the most glamorous races on the F1 calendar has always been about more than just the racing.

Away from the track, the city-state will be letting its hair down with concerts by Westlife, Black Eyed Peas and Suede, plus American rapper Fatman Scoop and Dutch DJ Oliver Heldens.

More upscale parties are boasting caviar and champagne on the menu, and diners can dig into an F1-themed "Roaring Dinner Feast" and "Fuel Up Brunch".

About 25 corporate meetings and events, including the Forbes Global CEO Conference, are also scheduled, allowing executives to mix work and play.

"It signals to the world that Singapore is back in business and that our ability to stage world-class, high-quality events remains undimmed," Ong Ling Lee, an executive director at Singapore Tourism Board (STB), told AFP.

Authorities have not released numbers, but ticket sales for Singapore's biggest event since the pandemic have already exceeded 2019, when 268,000 spectators watched, said Ong. 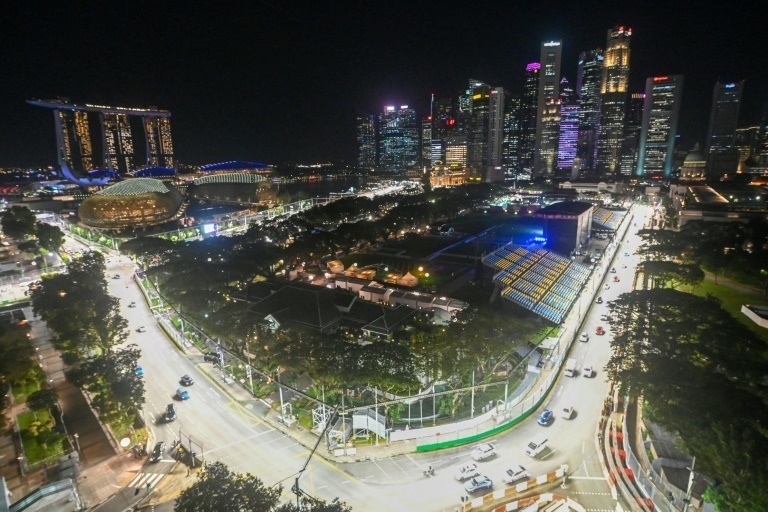 Singapore has removed all Covid restrictions, except for mask-wearing inside buses and metro trains, after vaccinating most of its population of nearly six million and deciding to live with the virus.

"From a global perspective, this is the brightest light to shine on Singapore since the pandemic," Song Seng Wun, an economist with CIMB Private Banking, told AFP.

"This is Singapore's grand coming-out-of-Covid party."

But it shifted to endemicity earlier this year and last week overtook Hong Kong as Asia's premier finance centre in a global ranking list.

Seeing Singapore emphatically open up has "put pressure" on other Asian economies such as Japan, Taiwan and Hong Kong to also relax travel curbs, said Song.

"Formula One is also shining the spotlight on Asia in terms of who is seriously going back to business."

Hotel bookings have been brisk, even with room rates estimated to be up to 50 percent higher than they were pre-Covid.

Prices have surged past Sg$2,000 a night, especially for those around the circuit.

"There's a lot of pent-up demand for those race enthusiasts looking forward to come back to Singapore," said Marcus Hanna, managing director of Fairmont Singapore and Swissotel The Stamford.

For many, the socialising is as important as the racing.

F1 after-party specialist Amber Lounge has a "Noir Suite" for up to 25 people at the five-star Fullerton Bay Hotel costing Sg$100,000 a night. The hotel's F1-inspired dishes include a "Pit Stop Cake". 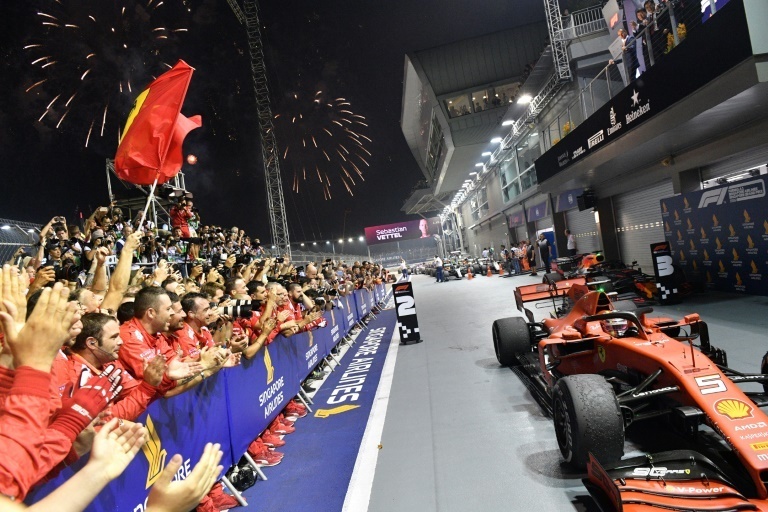 The nearby Marina Bay Sands casino and hotel complex is offering a "Mandala Weekender", where guests can enjoy a variety of musical entertainment and parties.

US hip-hop duo Rae Sremmurd, Grammy-nominated artist Kelis and popular British drum and bass musicians Rudimental are among those featured.

The tourism board said that the F1 has generated more than Sg$1.5 billion in tourism receipts since its Singapore debut in 2008.

"For me, it's not just about the race, I want to go around to see who is coming to the party, to see whether the buzz has come back," said Song, the economist.

"I think it's back with a vengeance."