Italy's Samantha Cristoforetti on Wednesday became the first European woman to take over command of the International Space Station during a ceremony broadcast live from space.. During a relaxed ceremony, Artemyev handed Cristoforetti a golden key, symbolising that she is the new commander of the space station until she returns to Earth on October 10.

Italy's Samantha Cristoforetti on Wednesday became the first European woman to take over command of the International Space Station during a ceremony broadcast live from space.

The outgoing commander, Russian cosmonaut Oleg Artemyev, used the occasion to seemingly make a rare space-bound reference to the war in Ukraine, saying that "despite the storms on Earth, our international cooperation continues".

During a relaxed ceremony, Artemyev handed Cristoforetti a golden key, symbolising that she is the new commander of the space station until she returns to Earth on October 10.

Cristoforetti, a 45-year-old European Space Agency astronaut and former Italian air force pilot, arrived for her second tour on the ISS in April.

She is fifth woman -- and the first non-US woman -- to become commander since the role was created in 2000.

The space station, long a symbol of closer post-Cold War ties between Russia and the United States, has been in a difficult position since Moscow invaded Ukraine in February.

Moscow responded with outrage at unprecedented sanctions over the war and the ISS has been one of the last remaining areas of cooperation between Russia and the West. 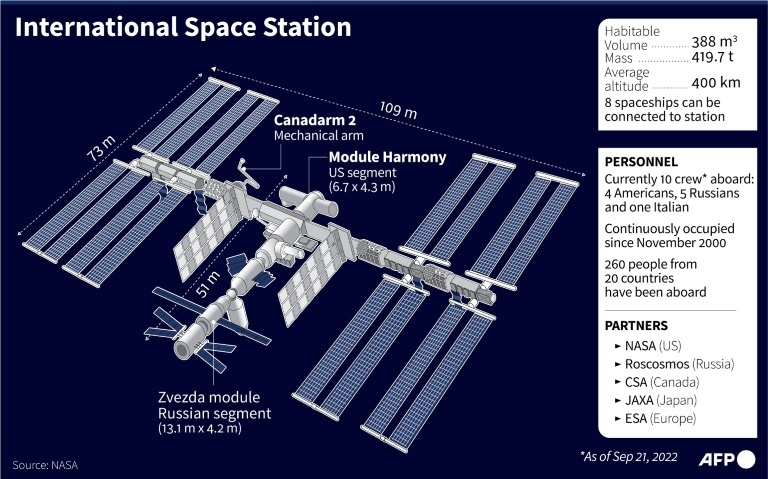 Artemyev praised the work of all 10 people onboard the space station -- four Americans, five Russians and Cristoforetti.

He said he viewed the ISS as "a continuation of the Apollo–Soyuz programme," the first crewed international space mission carried out jointly by the United States and Soviet Union in 1975 in the midst of the Cold War.

That was a time "when the relationship between the countries was also not simple, when there were people who found the way which leads to peace, and the way that war ends everywhere," Artemyev said, not mentioning Ukraine by name.

For her part, Cristoforetti praised the work of her fellow crew, saying they all form "a tiny part of the gigantic team on the ground" which manages the operations of the space station.

The commander is responsible for all tasks performed by the crew members onboard the space station, which orbits more than 400 kilometres (248 miles) above Earth.

During an emergency, the commander has the authority to take decisions without waiting for instructions from ground control.

In the event of a fire, depressurisation or the detection of toxic atmosphere -- the three defined emergency scenarios -- it is up to the commander to ensure that the lives of the crew are saved first.

French astronaut Thomas Pesquet, who has served as ISS commander, said last year that it is "like being on a boat -- there is only master onboard after God".

The decision of who becomes commander is made jointly by the five space agencies involved in the station: NASA, Russia's Roscosmos, Europe's ESA, Canada's CSA and Japan's JAXA. 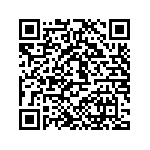 Who wants to go to the moon? Europe names astronaut candidates

US flies Russian cosmonaut to ISS as Ukraine conflict rages

Russia to send rocket to rescue crew from ISS