With bandages wrapped around his head and body, Attia al-Sawafiri was lying in the burns unit of a Gaza hospital, waiting for his first skin graft.. At Gaza City's Shifa hospital, Sawafiri recalled how he tried to clear the drains at home with caustic soda and hot water.

With bandages wrapped around his head and body, Attia al-Sawafiri was lying in the burns unit of a Gaza hospital, waiting for his first skin graft.

The 50-year-old Palestinian has suffered chemical burn injuries not as a result of cross-border fighting, but while trying to unblock his drains -- a common problem in the Gaza Strip, where many people live in cramped housing with dilapidated infrastructure.

The harsh living conditions and unsafe energy supplies in the Palestinian enclave, blockaded by Israel for 15 years, are contributing to the thousands of burn injuries requiring treatment each year.

At Gaza City's Shifa hospital, Sawafiri recalled how he tried to clear the drains at home with caustic soda and hot water. 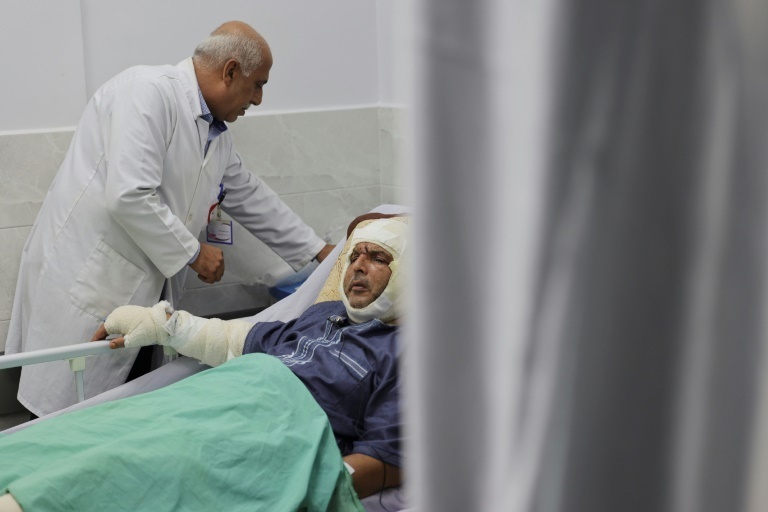 But "then the soda spread and burnt my head, my hands and my legs".

The plight of Gaza's burns patients is compounded by shortages of medical equipment and supplies such as artificial skin.

A four-year-old boy who dropped a lighter on spilled fuel, setting it ablaze, was calling feebly for his mother as he was wheeled out of the operating theatre at Shifa.

"We've performed a lot of surgeries on this boy," said Dr Jamal al-Assar, a burns specialist at the hospital, Gaza's largest health centre.

Medics, he said, had to clean the child's wounds and apply skin grafts in multiple stages "because it's not possible to do it all at once due to the lack of a skin bank".

Some cases appear linked to a sense of hopelessness felt by many in Gaza, which has been under an Israeli-led blockade since 2007 when Islamist group Hamas took power. 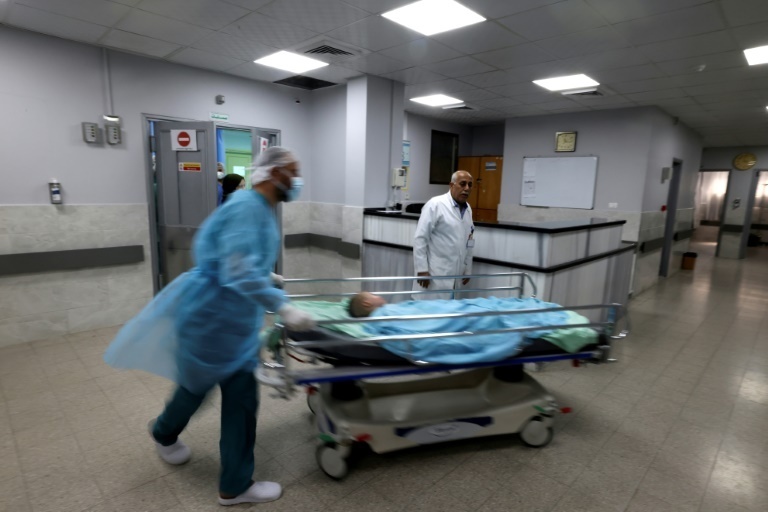 The restrictions on Gaza's 2.3 million people, which Israel says are necessary to contain militant groups, have crippled the economy and limited the movement of people and goods.

One of the hospital's patients was a 20-year-old man who survived a suicide attempt two months ago in which he had doused himself in fuel and set it on fire.

He lay in bed with a pained expression while holding aloft his bandaged arms.

Dr Medhat Saidam, another burns expert, said his department is seeing an increasing number of such suicide attempts, which are "linked to financial problems".

Many injuries are the result of Gaza's precarious power supply, including utility workers hit by power surges and children who touch unsafe outlets and appliances, said Dr Assar. 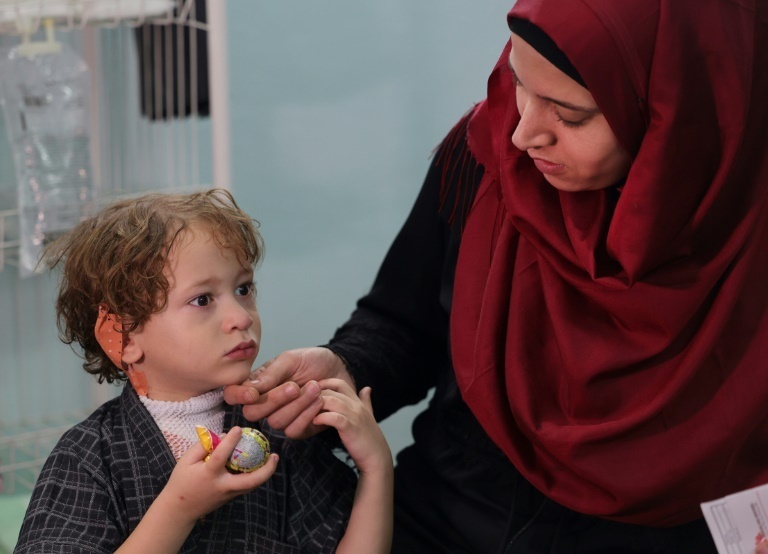 In the past, Gaza had suffered "a catastrophe from candles" used for lighting during power outages, with entire families being killed in fires, Saidam explained.

But the electricity supply has become more stable and people rely less on unsafe generators and candles.

This year Gaza received an average of 12 hours of mains electricity daily, up from just seven hours five years ago, according to United Nations data.

New dangers still loom in the winter, Saidam said, when many people burn coal for heat.

"Casualties are bigger than in the summer because they're trying to stay warm."

Burns injuries that occur in a split second can take months or years to recover from, with specialist care needed to help the skin regrow and minimise scarring.

Dr Abed al-Hamid Qaradaya, head of physiotherapy at a Gaza City clinic run by the charity Doctors Without Borders (MSF), said medics have struggled in the past to source the equipment needed because "it's expensive and hard to find on the local market". 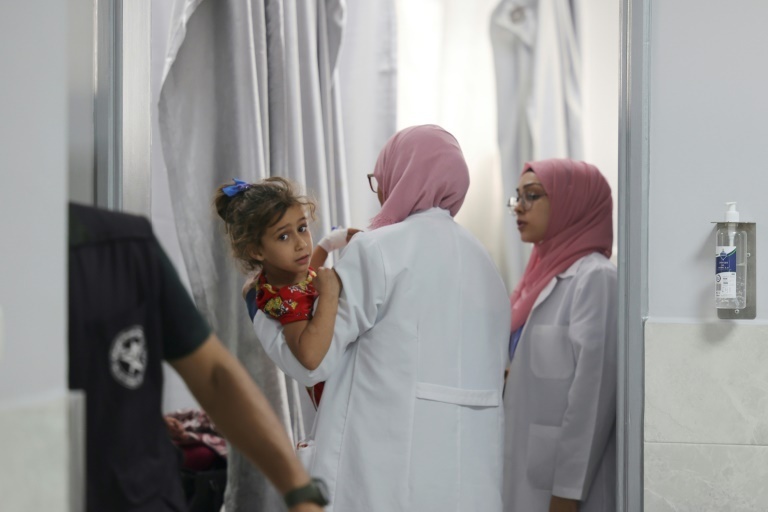 His clinic was also damaged by Israeli air strikes during last year's war with Palestinian militants.

Dr Qaradaya showed off a valuable piece of technology: a 3D printer now being used to help patients with facial burns.

Staff spend hours scanning a patient's face, then print a perfectly-fitting mask that helps "protect the face from deformities and preserve... its aesthetic shape from before the burn," he said.

MSF clinics across Gaza treated more than 5,500 new burns patients last year, and more than one-third of those patients were aged under five.

One of them, four-year-old Yasser Khila, was whimpering as a dressing was applied to his wounds from spilled hot stew.

While the boy was being comforted with a lollipop, his mother, Dina, said the physical injury has also had a mental impact on her child.

"He became very sensitive about everything, and he wants me to always stay by his side."

Back at Shifa hospital, where the four-year-old boy was out of the theatre and recovering under a sky blue sheet, Assar said proudly, "with treatment and close follow-up, the child is healing." Senior militant among 4 killed in Israeli strikes on Gaza