Initial comments by British Prime Minister Liz Truss's conservative government have raised concerns about her climate policy in a country which is increasingly feeling the effects of global warming but is going through an unprecedented energy crisis.. - Climate pioneer - The months-long drought in parts of the UK, record high temperatures reached this summer and heat-induced fires have all brought home to many British people the future consequences of global warming.

Initial comments by British Prime Minister Liz Truss's conservative government have raised concerns about her climate policy in a country which is increasingly feeling the effects of global warming but is going through an unprecedented energy crisis.

Urged to act in the face of soaring energy prices, the new premier took office in early September and promptly announced a package of measures.

They included the acceleration of North Sea offshore oil and gas exploitation and the freezing of the moratorium on controversial gas fracking.

The UK had in 2019 called a halt to fracking -- or hydraulic fracturing, used to release hydrocarbons locked deep underground -- due to fears it could trigger earthquakes.

Truss has also refused to impose a windfall tax on oil companies, despite record profits they have been making in recent months.

For environmental campaigners, the introduction last week of a bill to amend or remove hundreds of environmental protection laws inherited from the European Union by the end of 2023 was the last straw.

"Nature is under attack from a raft of dangerous decisions by Government and we know people are furious at the new threats," said Craig Bennett, chief executive of The Wildlife Trusts.

"Vital legal protections for wildlife are at risk, fossil fuel extraction is being favoured over renewables, and the government is going back on plans to reward farmers for managing land in a nature-friendly way."

The months-long drought in parts of the UK, record high temperatures reached this summer and heat-induced fires have all brought home to many British people the future consequences of global warming.

The country is one of the pioneers in Europe in tackling climate change.

It has also seen a rapid transformation in its energy model, with coal representing only three percent of energy consumed in 2020, compared to 20 percent in 2013.

At the COP26 climate conference last year in Scotland, former prime minister Boris Johnson promised to make the UK the Saudi Arabia of wind power and presented ambitious climate targets, including to phase out petrol and diesel vehicles.

Truss, who succeeded him, has never been perceived as particularly committed to the climate.

But her early decisions have confused even her own camp.

"The new government must not listen to siren calls to row back on environmental commitments when the solutions to the multiple crises we face, from climate to the cost of living, are complementary," said Chris Skidmore, a Conservative member of parliament and former energy minister.

A cross-party group of pro-environment parliamentarians wrote to Truss in early September asking her to give a firm recommitment to the goal of reaching carbon neutrality.

After she became prime minister, Truss said she was "completely committed to achieving carbon neutrality by 2050", but she also told parliament she had decided to "re-examine" this objective to ensure it was achieved in a way favourable to the economy and growth.

Doubts about the UK's future climate policy have also been fuelled by Truss's decision to appoint Jacob Rees-Mogg as her secretary of state for business, energy and industrial strategy.

An opponent of onshore wind power, Rees-Mogg has said he wants his constituents to have cheap energy "rather more than I would like them to have windmills".

He has also warned against "climate alarmism" and recently accused Russian President Vladimir Putin of funding opponents of shale gas in the UK.

His comments have been branded a "a dangerous climate denial" by Ed Miliband, the main opposition Labour Party's spokesperson on climate change and net zero.

"Putting someone who recently suggested 'every last drop' of oil should be extracted from the North Sea in charge of energy policy is deeply worrying for anyone concerned about the deepening climate emergency, solving the cost-of-living crisis and keeping our fuel bills down for good," environmental pressure group Friends of the Earth said.

"Extracting more fossil fuels is a false solution to the energy crisis. It's our failure to end our reliance on gas and oil that's sent energy bills soaring and left us teetering on the brink of catastrophic climate change," it said.

Rees-Mogg's appointment "suggests that the Tories have learned nothing after years of incompetence in energy policy", added Rebecca Newsom of Greenpeace.

The Labour Party, meanwhile, has made the issue of climate change one of its main lines of attack as it approaches the next general election, scheduled for 2025 at the latest. 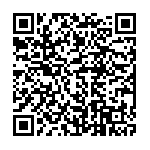