Iran stepped up pressure on celebrities and journalists Thursday over the wave of women-led protests sparked by outrage over the death of Mahsa Amini after she was arrested by the Islamic republic's morality police.. Police have also arrested journalist Niloufar Hamedi of the reformist Shargh daily, who went to the hospital where Amini lay in a coma and helped expose the case to the world.

Iran stepped up pressure on celebrities and journalists Thursday over the wave of women-led protests sparked by outrage over the death of Mahsa Amini after she was arrested by the Islamic republic's morality police.

Filmmakers, athletes, musicians and actors have backed the demonstrations, and many saw it as a signal when the national football team remained in their black tracksuits when the anthems were played before a match in Vienna against Senegal.

"We will take action against the celebrities who have fanned the flames of the riots," Tehran provincial governor Mohsen Mansouri said, according to the ISNA news agency.

Iran's judiciary chief Gholamhossein Mohseni Ejei similarly charged that "those who became famous thanks to support from the system have joined the enemy when times are difficult". 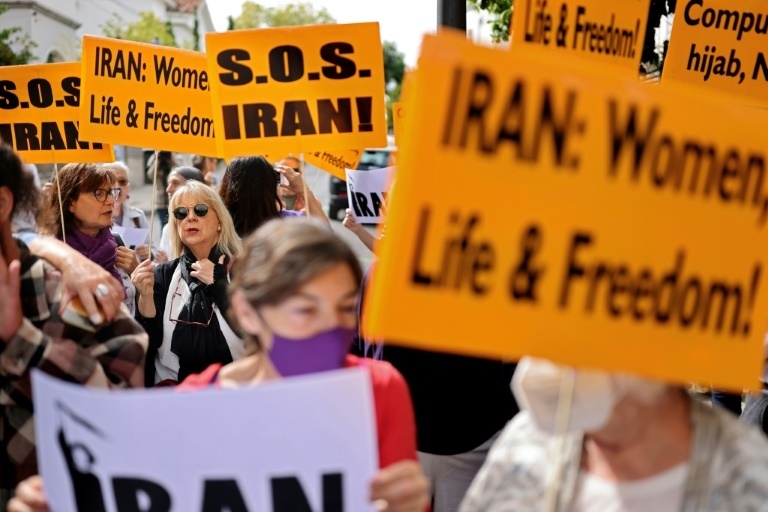 The warnings came after almost two weeks of protests across Iran and a deadly crackdown that, human rights group Amnesty International says, has been marked by "ruthless violence by security forces".

"Woman, Life, Freedom!" protesters have chanted ever since, in Iran's biggest demonstrations in almost three years, in which women have defiantly burned their headscarves and cut their hair.

President Ebrahim Raisi warned that, despite "grief and sorrow" over Amini's death, public security "is the red line of the Islamic republic of Iran and no one is allowed to break the law and cause chaos".

Iran on Thursday slammed "interference" in its internal affairs by France over a statement in support of the protests, having earlier complained to Britain and Norway. 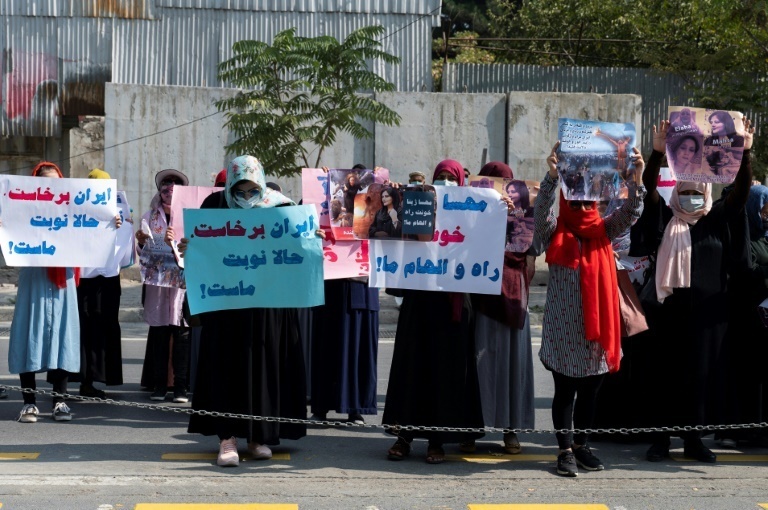 Solidarity protests with Iranian women have been held worldwide, and rallies are planned in 70 cities Saturday.

One protest erupted in Afghanistan's capital Kabul, where women rallied outside Iran's embassy with banners that read: "Iran has risen, now it's our turn!" and "From Kabul to Iran, say no to dictatorship!"

Forces of the ruling hardline Islamist Taliban fired their guns into the air to disperse the crowd, then swiftly snatched the banners and tore them up, an AFP correspondent reported. 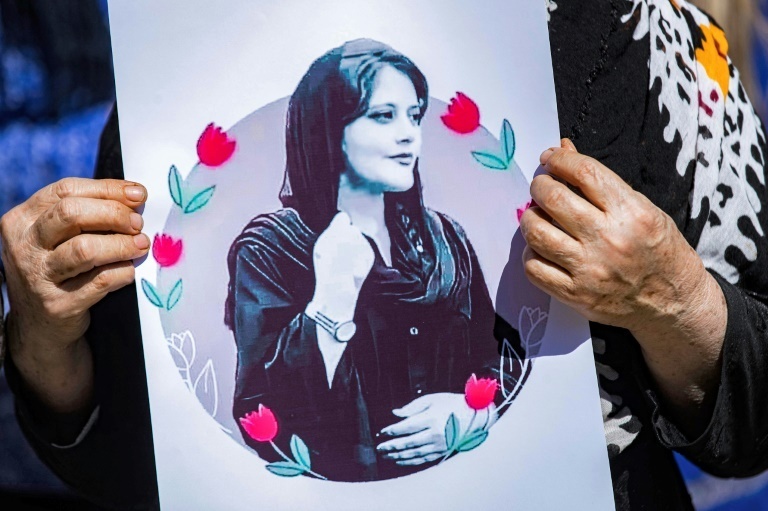 Iran on Thursday arrested the reporter Elahe Mohammadi, who had covered Amini's funeral, her lawyer said, the latest of a growing number of journalists to be detained.

Police have also arrested journalist Niloufar Hamedi of the reformist Shargh daily, who went to the hospital where Amini lay in a coma and helped expose the case to the world.

Intelligence officers of the Islamic Revolutionary Guard Corps arrested 50 members of "an organised network" behind the "riots" in the holy Shiite city of Qom, the Guards said according to Fars news agency. 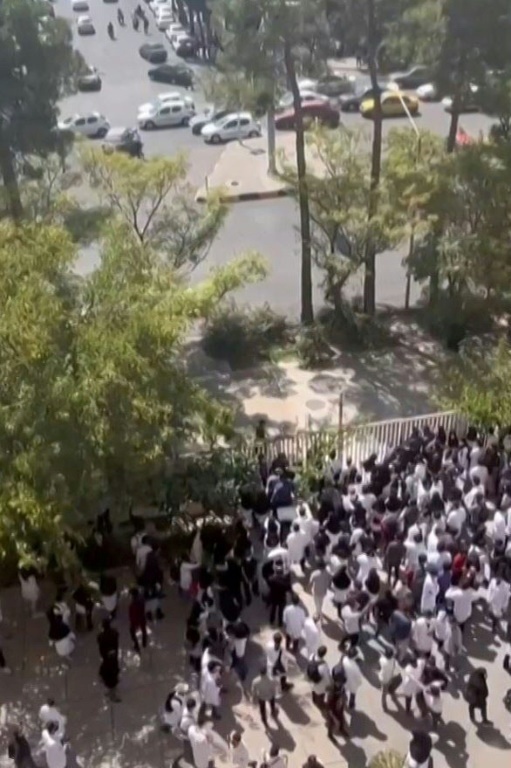 It said this included the use of live ammunition and metal pellets, heavy beatings and sexual violence against women, all "under the cover of deliberate ongoing internet and mobile disruptions".

"Dozens of people, including children, have been killed so far and hundreds injured," said the group's secretary general Agnes Callamard.

Fars news agency has said "around 60" people had been killed, while Oslo-based group Iran Human Rights has reported a death toll of at least 76 people. 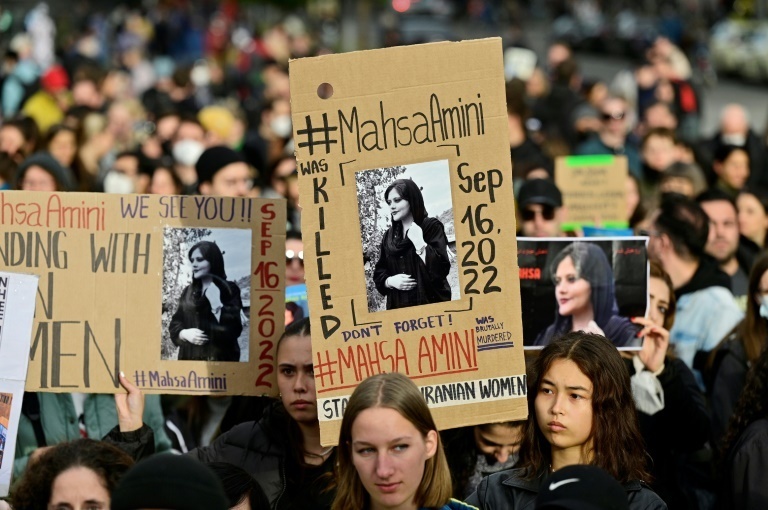 Iran has blamed outside forces for the protests and Wednesday launched cross-border missile and drone strikes that killed 13 people in Iraq's Kurdistan region, accusing armed groups based there of fuelling the unrest.

The Iranian government -- its economy already hit by punishing sanctions over its contested nuclear programme -- has sought to play down the crisis.

Foreign Minister Hossein Amir-Abdollahian said he told Western diplomats at recent UN meetings that the protests were "not a big deal" for the stability of the clerical state.

"There is not going to be regime change in Iran," he told National Public Radio in New York on Wednesday. "Don't play to the emotions of the Iranian people." 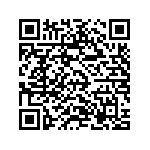