Wearing a large hat protecting her face from the sun's rays in Cameroon, 63-year-old Jeanne now bitterly regrets using skin whitening products after being diagnosed with skin cancer.. After a lesion grew on her face over five months, she went to a doctor who diagnosed her with one of the most common skin cancers.

She is one of many women in Cameroon who use the controversial products that have been banned after social media outrage.

"I am embarrassed when people look at me," the trader in the capital of Yaounde said, wishing to only use her first name.

After a lesion grew on her face over five months, she went to a doctor who diagnosed her with one of the most common skin cancers.

Doctors told her the cancer is linked to her use of skin lightening products for 40 years.

Jeanne, like millions worldwide, used the products for more "desirable" lighter skin, an ideal pushed by the beauty industry.

According to the Cameroon Dermatology Society (Socaderm), nearly 30 percent of residents in the economic capital Douala and a quarter of schoolgirls used the products in 2019.

For some like 20-year-old student Annette, the effects can be harsh. She said she suffers from red patches on her face, peeling skin and also burns.

"Under a strong sun, my face became hot and I had to stop," she said.

The products with names like "White now" and "Super white", are instantly recognisable on shop shelves by the fair-skinned women on the packaging.

The furore began in the summer after social media users criticised opposition MP Nourane Fotsing over her company that sells the products, angry that an elected official would profit from them.

Many of the products have never been scientifically tested and contain dangerous levels of chemicals that inhibit the production of melanin, a substance produced in the body by exposure to the sun.

One of the chemicals is hydroquinone, banned in the European Union since 2001 because of the risk of cancer and genetic mutations.

Cameroon's health ministry on August 19 banned the import, production and distribution of cosmetic and personal hygiene products containing dangerous substances such as hydroquinone and mercury.

Hydroquinone is in fact one of the most used in whitening products in Cameroon, according to a 2019 study by Yaounde I University.

"We encounter patients complaining of symptoms linked to skin depigmentation every day," Alain Patrice Meledie Ndjong, a dermatologist at a hospital in Douala, said.

It is a "public health problem".

According to the World Health Organization, the products are commonly used in many African, Asian and Caribbean countries by both women and men, and also among dark-skinned populations in Europe and North America.

Other skin whitening products include potions, tablets and even injections.

Some of the substances, when ingested, can cause diabetes, obesity, hypertension or kidney or liver failure, warned Ndjong, adding there was also a psychological impact on individuals like "anxiety and depression".

Despite the horror stories, men and women believe they will become more beautiful after using the products.

"There is a desire" rooted "in our consciences to want to look like" Western populations, he said.

"It's a very old practice. It's even said, in some parts of the country, that a light-skinned woman's dowry is higher than that of a darker woman."

But for Pascaline Mbida, she felt the difference.

"I noticed that men were more attracted to women with lighter skin and I had confirmation of this when I whitened my skin, I had never got so much attention," Mbida said.

But the cost put off Mbida, who is currently unemployed. She spent 30,000 Central African Francs (45 euros) per month on the products.

Since the ban, police have launched raids, much to the chagrin of the sector's players who claim some seizures don't distinguish between the products that are banned by the government and those that are not.

The WHO in 2019 said "the skin lightening industry is one of the fastest growing" worldwide and was estimated to be worth $31.2 billion by 2024.

The cosmetic and personal hygiene market grew in Cameroon by seven percent in 2020 and was worth 380 billion CFA (around 580 million euros).

Despite the ban, there is a already a black market for the products. 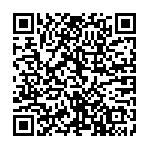 Landslide in Cameroon kills at least 11