The NFL and its players union agreed Saturday that changes to concussion protocols are needed following reports the union fired a consultant involved in clearing Miami quarterback Tua Tagovailoa.

In a joint statement, the National Football League and NFL Players Association said conversations are already underway and changes are likely soon.

"The NFL and the NFLPA agree that modifications to the concussion protocol are needed to enhance player safety," they said.

NFL health and safety and head, neck and spine committees are working around the term "Gross Motor Instability" and its application.

"We anticipate changes to the protocol being made in the coming days based on what has been learned thus far in the review process," the statement said.

NBC Sports, CBS Sports and ESPN, citing unnamed sources, reported the NFLPA has fired the unaffiliated neurotrauma consultant who was involved in allowing Tagovailoa to return to play last Sunday in a 21-19 loss to Buffalo after the back of his head struck the ground.

He was shaky on his feet after that and collapsed to the ground but passed concussion protocols.

The union asked for a review of the concussion procedures used to evaluate Tagovailoa and that investigation remains under way.

"The joint NFL-NFLPA investigation... remains ongoing. Therefore, we have not made any conclusions about medical errors or protocol violations," the joint statement said.

Nevertheless, NBC Sports reported the players union lost confidence in the consultant given the impairment of Tagovailoa was apparent.

ESPN and CBS reported several mistakes were found in the consultant's evaluation that allowed the star passer to stay in the game, Dolphins officials later saying he suffered a neck injury.

Tagovailoa was also cleared to play on Thursday against Cincinnati in a 27-15 loss to the Bengals where his head struck the turf again after being tackled in the second quarter by Bengals defender Josh Tupou.

Tagovailoa stayed on the ground for more than 10 minutes before being taken off the field in a stretcher to a nearby hospital with a concussion and a neck injury.

The Dolphins said Tagovailoa is in the NFL's concussion protocol and there is no timetable for his return.

But many questioned why he was even allowed to play at all after the head injury against Buffalo.

The NFL's top medical officials said Tagovailoa passed daily medical evaluations ahead of Thursday's game and the Dolphins said he passed multiple concussion evaluations that included one at halftime of the Buffalo contest.

NFL concussion protocols allow players who demonstrate motor instability to return to competition only if the team physician, in consultation with the unaffiliated neurotrauma consultant, determine there was no neurological cause to the instability.

While not directly addressing the reports of firing the consultant involved with Tagovailoa, the joint statement praised those who serve as neurotrauma consultants.

"The NFL and NFLPA share a strong appreciation for the unaffiliated neurotrauma consultants who contribute their time and expertise to our game solely to advance player safety," the statement said.

"This program has made our game safer for the athletes who play it for the past 12 seasons." 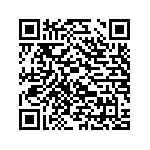 Rihanna to return to the stage for Super Bowl halftime show