Britain's housing market has been rocked by the UK government's costly budget, as retail banks pull mortgage rates in anticipation of more costly products, sparking fears of tumbling home prices.. Major UK bank Barclays said that "due to high demand" it "withdrew a small number of mortgage products from sale for new customers".

Homebuyers are gripped by panic after the Bank of England declared it would not hesitate to lift its main interest rate in response to the government's anticipated borrowing splurge that many see as further fuelling sky-high inflation.

"It has been a torrid week for the mortgage market," Sarah Coles, personal finance analyst at broker Hargreaves Lansdown, told AFP.

Home-loan providers, which offer mortgages based on the central bank's rate, have scrapped about 40 percent of available products since the budget on September 23, according to data provider Moneyfacts.

That equates to more than 1,600 mortgage rates offered for a fixed period of time.

Coles said "the market struggled to function normally" as the pound struck a record-low against the dollar following the economic plan announced by the government of new Prime Minister Liz Truss.

"Lenders withdrew (mortgage) rates for new customers while they waited for the dust to settle," said Coles.

"Once things feel more functional, they will be back but at a higher rate."

Major UK bank Barclays said that "due to high demand" it "withdrew a small number of mortgage products from sale for new customers".

For some time, the average mortgage rate has hovered around two percent for a fix lasting between two and five years, according to Moneyfacts.

Tom Bill, head of UK residential research at Knight Frank, told AFP that mortgage holders could find themselves paying an additional "hundreds of pounds per month, that they're going to have to find", adding to the cost-of-living crisis.

The removal of mortgage deals "is a bitter pill to swallow for those who want to move and those with fixed terms due to end", said Tim Bannister, a director at online property firm Rightmove.

"And it will impact buyers' budgets, especially those who were already stretching themselves."

The Bank of England has in less than a year hiked its interest rate to 2.25 percent from a record-low 0.1 percent in a bid to cool decades-high inflation.

Experts are predicting the BoE's rate will peak close to six percent in the first half of next year. Before the budget, the market consensus forecast had been for a four-percent pinnacle.

Analysts are meanwhile predicting that British house prices are heading for a protracted slump after soaring in recent times as demand outpaces supply.

However prices were flat last month compared with August.

"This marks the beginning of the most significant correction in house prices since 2007", when the global financial crisis began to emerge.

In his budget, finance minister Kwasi Kwarteng lifted the point at which tax is levied on purchases of residential properties -- a benefit that has seemingly been wiped out by the shake up of mortgage rates. 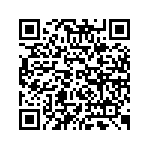 Asian markets drop again but sterling holds up after recovery