Myanmar's junta has jailed a Japanese filmmaker for 10 years for encouraging dissent against the military and violating an electronic communications law, a diplomatic source told AFP on Thursday. . The court sentenced Kubota to "seven years imprisonment" for breaching an electronic communications law, and three years for encouraging dissent, the source said.

Myanmar's junta has jailed a Japanese filmmaker for 10 years for encouraging dissent against the military and violating an electronic communications law, a diplomatic source told AFP on Thursday.

The military has clamped down on press freedoms since its coup last year, arresting reporters and photographers as well as revoking broadcasting licences as the country plunged into chaos.

Toru Kubota was sentenced by the court in Yangon's Insein prison on Wednesday, a diplomat at Japan's embassy in Myanmar said, adding that the filmmaker's trial for allegedly violating immigration law was "still continuing".

Kubota, 26, was detained near an anti-government rally in Yangon in July along with two Myanmar citizens.

The court sentenced Kubota to "seven years imprisonment" for breaching an electronic communications law, and three years for encouraging dissent, the source said.

The dissent charge carries a maximum three-year jail term and has been widely used in the crackdown on opposition to the coup.

The next hearing for the immigration charge would take place next Wednesday, the source added.

A junta spokesman did not respond to requests for comment.

Kubota had arrived in Myanmar in July and was filming a "documentary featuring a Myanmar person", his friend Yoshitaka Nitta told a press conference in Tokyo in August.

According to a profile on the FilmFreeway website, Kubota has previously made documentaries on Myanmar's Muslim Rohingya minority and "refugees and ethnic issues in Myanmar".

Tokyo is a top donor to Myanmar and has long-standing relations with the country's military.

After the coup, Japan announced it would halt all new aid, though it stopped short of imposing individual sanctions on military and police commanders.

Kubota's jailing is a "slap in the face" for Tokyo, said Phil Robertson of Human Rights Watch.

"It's time for Japan to stop playing games, and move to support real international sanctions that will squeeze the junta's revenue sources."

In September, Japan's defence ministry said it would halt a training programme for members of Myanmar's military from next year over the junta's executions of pro-democracy activists.

The move came in response to the junta's execution of four political prisoners in July, the country's first use of capital punishment in decades, which sparked international outrage.

Kubota is the fifth foreign journalist to be detained in Myanmar, after US citizens Nathan Maung and Danny Fenster, Robert Bociaga of Poland and Yuki Kitazumi of Japan -- all of whom were later freed and deported.

Fenster, who was held in May last year as he attempted to leave the country, faced a closed-door trial inside Insein on charges of unlawful association, incitement against the military and breaching visa rules.

He was sentenced to 11 years in prison before being pardoned and deported.

As of March this year, 48 journalists remain in custody across the country, according to the monitoring group Reporting ASEAN.

The military's crackdown on dissent since it ousted Aung San Suu Kyi's government has left more than 2,300 civilians dead, according to a local monitoring group.

The junta puts the civilian death toll at almost 3,900. 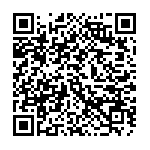 Who's invited -- and who's not -- to Queen Elizabeth's funeral