'Black gold' for Guyana and Suriname, a blessing or curse?

Emerging as potential oil powers while the world seeks to wean itself off planet-warming fossil fuels, poverty-stricken South American neighbors Guyana and Suriname say they have to cash in while they can.. Their economies and populations small, the countries have traditionally emitted little CO2 or other greenhouse gasses from fossil fuel use -- in fact Suriname is one of only three carbon-negative countries in the world and Guyana claims carbon neutrality.

Emerging as potential oil powers while the world seeks to wean itself off planet-warming fossil fuels, poverty-stricken South American neighbors Guyana and Suriname say they have to cash in while they can.

The former Dutch colonies are among the world's most tree-covered countries, hosts to the so-called forest "lungs" that sequester massive amounts of planet-warming carbon dioxide.

Their economies and populations small, the countries have traditionally emitted little CO2 or other greenhouse gasses from fossil fuel use -- in fact Suriname is one of only three carbon-negative countries in the world and Guyana claims carbon neutrality.

But some fear this could change with the recent discovery of rich offshore oil deposits in an area known as the Guyana-Suriname Basin.

Guyana, a country of 800,000 people, was recently found to have proven reserves of at least 10 billion barrels of oil, likely much more according to experts.

This makes it the country with the highest reserves per capita in the world -- which consumes 99.4 million barrels of oil per day.

Early assessments suggest the reserves of Suriname, a country of 600,000 people, may not be far behind.

"It will be hard to remain carbon neutral as a country (involved in the) petroleum sector," economist Steven Debipersad of the Anton de Kom University in Suriname's capital Paramaribo, told AFP.

The projected $10 billion Suriname stands to make in the next 10 to 20 years, will likely bring economic growth at the cost of the environment, he said.

The country's GDP today is about $3 billion.

Their presidents insist Guyana and Suriname cannot be expected to turn their backs on a chance to fill their countries' coffers and raise the quality of life for their people.

The countries are among the poorest in South America, with vast swathes of their populations living without electricity, clean water or access to adequate health services.

Resident Edison Poekitie, a 23-year-old musician, scrapes by on no more than $50 a week. Does he go hungry?

Poekitie said he hoped the government would spend the oil money "wisely," a sentiment echoed by 45-year-old food truck owner Brian Braithwaite in a poor neighborhood of the Guyanese capital Georgetown.

"Hopefully they do something so that... people (who) live on the street can do better," Braithwaite said.

Both presidents have vowed to make judicious use of their windfall petroleum profits, though some are worried that will undercut the sovereign wealth funds set up to guard some money for future generations.

"We are quite aware of the oil curse," Suriname President Chan Santokhi told AFP, alluding to neighbor Venezuela and other resource-rich countries such as Angola and Algeria that were unable to turn oil wealth into social and economic progress.

"We... should also get the opportunity to benefit from the production of oil and gas and its income" to address a biting economic crisis "and help our people to have better lives," he insisted.

For his part, Guyanese President Mohamed Irfaan Ali wants to use the oil income to "create wealth for now, and future generations."

Both speak of using the money to diversify their economies with investments in agriculture, tourism, housing, education and health care.

Eventually, "the oil and gas will be gone, but the food security should be guaranteed," said Santokhi.

Though they have historically emitted little, Suriname and Guyana are both deeply affected by global warming -- in the crosshairs of worsening tropical storms and of flooding from rising sea levels.

Presidents Santokhi and Irfaan Ali believe they can maintain their countries' carbon balances by using oil money to protect their forests and invest in green energy.

Defending the forests that cover about 87 percent of Guyana and 93 percent of Suriname is also economically sage: both countries can sell so-called carbon credits to polluters who need to offset emissions.

For Guyana, carbon credits are worth about $190 million per year, said Irfaan Ali.

Monique Pool, director of the Green Heritage Fund of Suriname, is not convinced by the two-pronged approach.

"Carbon credit will give us more money faster than oil and gas and for longer because it will be sustainable," she told AFP.

In Georgetown, activist Christopher Ram agreed the oil should be left in the ground, expressing fear of exploitation by ruthless companies in the absence of "good governance."

Instead, "I would go to the international community and say: 'We are a small country, we've always been good to the environment, we want to stay that way... help us get the benefits we would have got with oil'."

But 53-year-old Cynthia Neel, who sent her daughter from Suriname to the Netherlands at the age of six for education and a chance at a better life, is hopeful of positive change.

"I hope that with the oil the children will no longer have to leave," she told AFP. 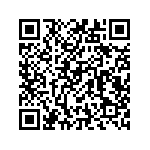