Two UK climate protesters scaled a major road bridge over the River Thames on Monday causing huge traffic delays, days after activists threw tomato soup over Vincent van Gogh's "Sunflowers" masterpiece.. The closure caused major delays for motorists for whom the bridge, known as the Dartford Crossing, is the only way to cross the Thames to the east of London.

The Just Stop Oil protesters climbed more than 80 metres (260 feet) up one of the towers of the Queen Elizabeth II Bridge, which is used by an estimated 160,000 vehicles a day and links up to one of Europe's busiest motorways.

One activist said he was protesting because government policies were accelerating the climate emergency.

The closure caused major delays for motorists for whom the bridge, known as the Dartford Crossing, is the only way to cross the Thames to the east of London.

"The QEII bridge is closed to allow us to resolve the situation as safely as possible."

One of the protesters, Morgan Trowland, posted on Twitter a clip of himself at the top of the bridge.

"I'm willing to do this 'cos I'm not willing to sit back and see everything burn," he wrote.

The 39-year-old, who said he was a bridge design engineer, said he felt compelled to take action because of government policies.

"Our government has enacted suicidal laws to accelerate oil production -- killing human life and destroying our environment," he said.

"I can't challenge this madness in my desk job, designing bridges, so I'm taking direct action, occupying the QE2 bridge until the government stops all new oil."

Another protester, identified as Marcus, a 33-year-old teacher, added: "Only direct action will now help to reach the social tipping point we so urgently need."

Police said the bridge, which is used for southbound traffic, was closed before dawn. Traffic was diverted through a tunnel under the river, which is normally only used for northbound traffic.

"This incident may take some time to resolve due to the complexities of safely getting people down from height," an Essex police spokesman added.

The bridge, 30 kilometres (18 miles) east of central London, connects directly at both ends with the M25 London Orbital route.

On Saturday, two protesters appeared in court a day after throwing tomato soup over the van Gogh painting at London's National Gallery.

The painting itself was protected by a screen but damage was caused to the frame, according to the gallery in Trafalgar Square.

Also on Saturday, nearly 30 demonstrators from the group glued themselves to the tarmac when they blocked a major road in east London. 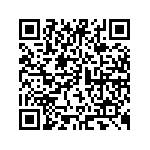