With supporters demanding "bring back Boris" and critics calling it "an insult" to the British people, an anticipated bid by Boris Johnson to once again become UK prime minister has stirred an already boiling political pot.. "Boris Johnson is the man who ticks all those boxes."

With supporters demanding "bring back Boris" and critics calling it "an insult" to the British people, an anticipated bid by Boris Johnson to once again become UK prime minister has stirred an already boiling political pot.

By declaring "hasta la vista baby" during his last question time in parliament on July 20, Johnson had already dropped a heavy hint that he had unfinished business.

According to The Times, he intends to join the race to succeed Liz Truss, believing that it is in the "national interest".

On Twitter, some Conservatives were trying to make the hashtag #BringBorisBack go viral on Thursday, after Truss announced her resignation.

Tory MP Brendan Clarke-Smith told Sky News that the next prime minister needed "a mandate" from voters and party members. He should be "somebody who can actually be a winner", he said.

"Boris Johnson is the man who ticks all those boxes."

But highlighting the division, Tory MP Roger Gale said that Johnson should be barred from standing, given he is still under parliamentary investigation over the "partygate" scandal that brought him down.

"Until that investigation is complete and he is found guilty or cleared, there should be no possibility of him returning to government," said Gale.

"So if they're going to go from this experiment, this chaos, this economic damage, and wind back three months to a man who was deemed to be unfit for office, I think that only adds insult to injury for the public," he told the BBC.

But any lingering Johnsonian ambitions will run into the high bar set by the Conservative party for leadership candidates this time -- at least 100 nominations each from among Tory MPs.

"I don't think that MPs will want to go back and pick the same person they drummed out of Downing Street only a few months ago," Tim Bale, professor of politics at Queen Mary, University of London, told AFP.

"Two-thirds of voters wanted him to resign. It's fantasy land to think that voters want him back," he added. 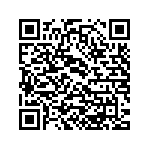 What next for Boris Johnson?