China's five-yearly Communist Party Congress will end Saturday, with President Xi Jinping likely to seal a norm-breaking third term in power.. - Power grab - The Congress this week is likely to further cement Xi's position as China's most powerful leader since Mao Zedong, with analysts predicting he is virtually certain to be reappointed for a third term in power.

The closing ceremony at Beijing's Great Hall of the People tops off a week of largely rubber-stamp meetings among 2,300 party delegates, who will approve a reshuffle of the party's top leadership likely to have been determined well in advance.

Xi is widely expected to be unveiled as general secretary on Sunday, shortly after the first meeting of the newly elected Central Committee, a 200-member body of the party's most senior officials.

This will allow Xi to sail through to a third term as China's president, due to be announced during the government's annual legislative sessions in March.

Xi previously abolished the presidential two-term limit in 2018, paving the way for him to rule indefinitely.

The weekend will also see the new Central Committee approve a reshuffled 25-member Politburo, as well as a Politburo Standing  -- China's apex of power -- of around seven people, which analysts expect to be stacked full of Xi allies.

At Sunday's Congress opening ceremony, Xi delivered a 105-minute "work report" lauding the party's achievements and glossing over domestic problems such as the stalling economy and the damage wrought by his harsh zero-Covid policy.

Heavy on ideological rhetoric and light on policy, a defiant Xi also urged Communist Party members to steel themselves against numerous challenges including a hardening geopolitical climate.

"We must... be ready to withstand high winds, choppy waters and even dangerous storms," he said.

"Confronted with drastic changes in the international landscape, especially external attempts to blackmail, contain, (and) blockade... China, we have put our national interests first."

Security was also a main focus of the speech, in which Xi lauded Hong Kong's transition from "chaos to governance" and vowed to "never commit to abandoning the use of force" to seize the self-ruled island of Taiwan.

The work report "is a carefully scripted drama through which the power of the Party, its leader, and its ideas are meant to be elevated and amplified", wrote David Bandurski, editor of the University of Hong Kong's China Media Project.

The Congress this week is likely to further cement Xi's position as China's most powerful leader since Mao Zedong, with analysts predicting he is virtually certain to be reappointed for a third term in power.

But some key questions remain unresolved, including whether Xi, 69, will appoint a potential successor to the Politburo Standing Committee and whether a pithier form of his signature political philosophy will be enshrined in the charter of the 96-million-strong party.

The latter would make Xi Jinping Thought "the latest, 21st-century rendition of Marxism (and) the state ideology of China", said Steve Tsang, director of the SOAS China Institute at the University of London.

"Xi's power will be akin to that of the dictator of China, and there will be next to no scope for anyone to advise him to attempt course correction," Tsang told AFP.

"This will increase the risk of policy mistakes being made, as everything will depend on Xi getting it right." 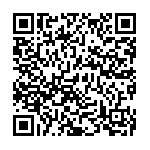 What to expect from Xi's next five years in power

It's a man's world: no more women leaders in China's Communist Party