The US and Russian defense chiefs spoke Friday for the first time in months but Secretary of State Antony Blinken said he saw no interest from Moscow for broader talks to end the Ukraine war.. The defense chiefs last spoke on May 13 when Austin urged Moscow to implement an "immediate ceasefire" in Ukraine.

The US and Russian defense chiefs spoke Friday for the first time in months but Secretary of State Antony Blinken said he saw no interest from Moscow for broader talks to end the Ukraine war.

Defense Secretary Lloyd Austin "emphasized the importance of maintaining lines of communication amid the ongoing war against Ukraine" during the call with his Russian counterpart Sergei Shoigu, said a US spokesman, Brigadier General Pat Ryder.

The defense chiefs last spoke on May 13 when Austin urged Moscow to implement an "immediate ceasefire" in Ukraine.

Russia did not do so, and Kyiv's forces have since regained swathes of territory from Moscow's troops in the east and south of the country with the United States and other Western powers sending in billions of dollars in weapons.

Blinken said the United States would keep contacts with Russia but said that any broader diplomacy depended on President Vladimir Putin showing an interest "in stopping the aggression."

"We have seen no evidence of that in this moment. On the contrary, we see Russia doubling and tripling down on its aggression," Blinken told a joint news conference with French Foreign Minister Catherine Colonna.

Blinken pointed to Russia's recent attacks on power stations and other civilian infrastructure in Ukraine and the mobilization of troops who Blinken called "horrifically, cannon fodder that Putin is trying to throw into the war."

"The fundamental difference is that Ukrainians are fighting for their country, their land, their future. Russia is not and the sooner President Putin understands that and comes to that conclusion, the sooner we will be able to end this war," Blinken said.

Blinken met with Russian Foreign Minister Sergei Lavrov in January to warn of consequences for an invasion, which Moscow went ahead with a month later. Blinken has since refused to see Lavrov but spoke to him by telephone in July in a bid to free Americans jailed in Russia.

Russia's ambassador to the United States, Anatoly Antonov, recently complained that the two nuclear powers lacked a back channel of the type used 60 years ago this month during the Cuban missile crisis.

The Soviet ambassador at the time met secretly with Robert F. Kennedy, the president's brother and attorney general, to exchange top-level messages.

"The attempts of Russian diplomats in Washington to re-establish such contacts have been futile," Antonov told Newsweek.

President Joe Biden's administration "is unwilling to talk with us as equals," he said.

Biden and Putin have both downplayed the chance they would talk next month on the sidelines of a Group of 20 summit in Bali.

One Western leader who has engaged Putin is French President Emmanuel Macron, who also tried unsuccessfully to prevent the outbreak of war.

Macron's engagement has brought unease from some Eastern European nations wary of Russia although France insists that it has coordinated its diplomacy with allies.

Colonna, speaking at a think tank before her talks with Blinken, acknowledged the limited success with Putin but said it was important to try.

"We absolutely think it is crucial to keep a channel of communication with those making the decisions in Russia, including President Putin," Colonna said at the Center for Strategic and International Studies.

"Putin is probably isolated in his very strange vision of the world and the way it could be run. Reinforcing this isolation of his would not be a good option," she said.

Macron's talks with Putin helped secure a mission by the UN nuclear watchdog to travel to the Russian-occupied Zaporizhzhia nuclear power plant in Ukraine. 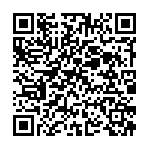 Macron kicks off US state visit, with trade dispute looming

Macron heads to US for wide-ranging state visit