A 6.4-magnitude earthquake rocked the northern Philippines late Tuesday, the US Geological Service said, sending panicked residents out into the streets with local officials warning about the potential for damage.. In October 2013, a 7.1-magnitude earthquake struck the central island of Bohol, killing more than 200 people.

A 6.4-magnitude earthquake rocked the northern Philippines late Tuesday, the US Geological Service said, sending panicked residents out into the streets with local officials warning about the potential for damage.

"We are expecting damage here," seismologist Charm Villamil told reporters following the quake, which struck around 10:59 pm (1459 GMT) near the upland town of Dolores.

She said the impact on buildings would depend on their structural integrity as well as the characteristics of the ground where they were built.

The civil defence office in Abra province, where Dolores is located, told AFP there were no immediate reports of casualties, but the extent of the damage would not be known until morning.

The quake, which occurred at a relatively shallow depth of 15.2 kilometres (9.4 miles), was felt as far away as the capital Manila, more than 330 kilometres to the south.

"We are unable to make a thorough assessment of the impact now because it is nighttime and we are also thinking about our people's safety," rescuer Joel de Leon told AFP by phone.

In the city of Batac, about 60 kilometres north of Dolores, patients and staff were evacuated from the 200-bed Mariano Marcos Memorial Hospital as structural experts checked the building for possible damage, staff said.

In July, a 7.0-magnitude quake also in the mountainous Abra province triggered landslides and ground fissures, killing 11 people and injuring several hundred others, according to the official count.

Quakes are a daily occurrence in the Philippines, which sits along the Pacific "Ring of Fire", an arc of intense seismic as well as volcanic activity that stretches from Japan through Southeast Asia and across the Pacific basin.

In October 2013, a 7.1-magnitude earthquake struck the central island of Bohol, killing more than 200 people.

That powerful quake altered the island's landscape and a "ground rupture" pushed up a stretch of earth by up to three metres, creating a wall of rock above the epicentre. 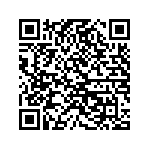 Philippines to expand US access to military bases: official