Elon Musk looks set to meet a Friday deadline to seal his on-again, off-again deal to buy Twitter, avoiding a trial over the $44 billion contract that he admits is overpriced.. Musk tried to step back from the Twitter deal soon after his unsolicited offer was accepted, and said in July he was canceling the contract because he was misled by Twitter over the number of fake "bot" accounts -- allegations rejected by the company.

Elon Musk looks set to meet a Friday deadline to seal his on-again, off-again deal to buy Twitter, avoiding a trial over the $44 billion contract that he admits is overpriced.

After he sought to terminate the sale, Twitter filed a lawsuit to hold Musk to the agreement he inked in April to purchase the social media giant.

With a trial looming, the unpredictable billionaire capitulated and revived his takeover plan.

Musk signaled the deal was on track Wednesday by changing his Twitter profile to "Chief Twit" and posting a video of himself walking into the company's California headquarters carrying a sink.

"Let that sink in!" he quipped.

"I think on Friday, we'll get an announcement that says that Elon Musk has purchased Twitter," University of California, Berkeley, law professor Adam Badawi told AFP.

Musk, the world's richest man, has reportedly been lining up financing since Delaware Judge Kathaleen McCormick paused litigation on October 6.

If the buyout doesn't close by the end of the business day, the judge will likely "bring the hammer down" and head quickly to trial, Badawi added.

Musk tried to step back from the Twitter deal soon after his unsolicited offer was accepted, and said in July he was canceling the contract because he was misled by Twitter over the number of fake "bot" accounts -- allegations rejected by the company.

Twitter, in turn, sought to prove Musk, the head of the Tesla electric vehicle company, was contriving excuses to walk away simply because he changed his mind.

"I think it's an asset that has just sort of languished for a long time but has incredible potential, although obviously myself and the other investors are overpaying for Twitter right now."

While pitching the deal to investors, Musk said he planned to get rid of nearly three-quarters of Twitter's workers, according to a Washington Post report.

That report came as a shock in the Twitter workplace, where some employees who would prefer not to work for Musk have already left, said a worker who asked to remain anonymous in order to speak more freely.

"But a portion of people, including me, are willing to give him the benefit of the doubt for now," the employee said of Musk.

"The more I hear about him the less I like him, but I do find it quite funny that he brought a sink to the headquarters just to make a joke."

Musk's stewardship of the site has sparked worry from activists who fear he could open the gates to more abusive and misinformative posts.

He has vowed to dial content moderation back to a bare minimum, and is expected to clear the way for former US president Donald Trump to return to the platform.

The then-president was blocked due to concerns he would ignite more violence like the deadly attack on the Capitol in Washington to overturn his election loss.

Once the deal is complete, Musk will essentially be handed the keys to Twitter and be in charge of the often-divisive global platform.

"The existing board of Twitter is probably going to get fired; Musk will put in directors who are friendly to him, he will put in management," said Badawi.

He doubted Musk will want to be chief executive since he already runs Tesla, SpaceX, Neuralink and the Boring Company.

Trump now posts on his own, much-smaller, platform Truth Social, and has vowed not to return to Twitter even after Musk takes over.

The former president, who is considering another run at the White House in 2024, has 4.18 million followers at Truth Social, compared to the 88.8 million he had on Twitter. 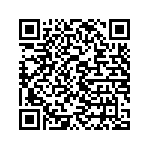