Laure-Anne Gateaux did not train as a tropical ecologist only to end up sitting on a busy shopping street in her lab coat with one hand glued to the ground.. In Munich, Gateaux and 14 other Scientist Rebellion activists in white lab coats glued themselves to a busy shopping street between the gleaming showrooms of automotive giants Mercedes-Benz and Cupra.

Laure-Anne Gateaux did not train as a tropical ecologist only to end up sitting on a busy shopping street in her lab coat with one hand glued to the ground.

But that was where the 34-year-old French scientist found herself after giving up her job last year to focus instead on campaigning for more action on climate change.

"I don't want to be here, I'm afraid of the consequences... but we are desperate," she told AFP at a protest in Munich staged by a group known as Scientist Rebellion.

"As an ecologist, you just count deaths. You just count hectares of land burning. It is not possible, we need to stop it before our entire planet collapses."

Founded in 2020, Scientist Rebellion is a loosely federated network of scientists in more than two dozen countries that coordinates acts of civil disobedience to highlight the climate crisis.

With the urgency of the environmental catastrophe growing, the group has also intensified their protest action in recent months.

The group also targets universities, research institutes and major scientific journals, prodding them and their staff to speak out more forcefully on what they describe as the existential threat of global warming.

One major demand of the group is the cancellation of debt in developing countries, which it says is hampering the fight against climate change.

In Germany, Scientist Rebellion is calling for a speed limit on motorways and the return of a super-cheap public transport ticket that was introduced this summer to help fight inflation but had a limited shelf life.

In Munich, Gateaux and 14 other Scientist Rebellion activists in white lab coats glued themselves to a busy shopping street between the gleaming showrooms of automotive giants Mercedes-Benz and Cupra.

Chanting slogans such as "You can't negotiate with physics!" and "Listen to the science!", they brought traffic to a standstill for several hours on one of the city's busiest streets.

Originally from countries including the US, France and Spain as well as Germany, the protesters also risked the wrath of retailers to glue posters to shop windows in the area.

Members of the group have also recently demonstrated in front of the Finance Ministry in Berlin, stormed asset management company Blackrock and glued themselves to cars in the Porsche showroom in Wolfsburg.

Sylvain Kuppel, 36, a French expert in the water cycle, took time off from his work at a French research institute to join the Munich protest.

Asked whether he was afraid of the consequences, he replied: "I'm much more afraid of what will happen to us."

"As a human being, I can only be terrified of what is going to happen to us and of what has already started to happen," he said, holding back tears.

Members of Scientist Rebellion are among an increasing number of climate activists staging eye-catching stunts to draw attention to their cause.

Protesters recently threw tomato soup over a Van Gogh painting in London and mashed potatoes over a Monet work in the German city of Potsdam.

Such protests have drawn a barrage of criticism, but activists say the drastic actions are warranted.

"Everything I've studied tells me that there is no time left. We are all very desperate," said American environmental science student Nate Rugh, 35.

"For me, it doesn't make sense to keep studying -- we have to act. We have people already doing science and saying it out loud, but nobody is listening," he said. 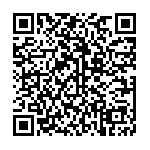 German activists up their game to keep climate centre stage