A feature that explores the origin story behind 2019's "Shazam," the DC Comics superhero, "Black Adam" stars Dwayne "The Rock" Johnson as a former slave bestowed with special powers.

Coming in second for the Friday-through-Sunday period was Universal's "Ticket to Paradise," a romantic comedy starring A-list stars George Clooney and Julia Roberts. The flick brought in $10 million.

Horror films, though, scored more broadly at the box office in the run-up to Halloween.

"Four of the top 10 movies this weekend are horror films," said David A. Gross of Franchise Entertainment Research.

"Prey for the Devil," a Lionsgate flick, was in the number three spot, pulling in $7 million.

"This is an average opening for an original horror film ... Reviews are poor," Gross said.

Two other horror films, Paramount's "Smile" at fourth and Universal's "Halloween Ends" at fifth, brought in $5 million and $3.8 million respectively.

Overall, it was not a great weekend for Hollywood, with films earning an estimated $66 million, down from the $100 million from the previous weekend.

Rounding out the top 10 were 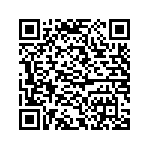