In three decades of involvement in conservative politics, Rusty Bowers has never been so worried by the gap between perception and reality that currently plagues Arizona's Republican Party.. But a toxic political climate that has swirled since the last election has persisted, and ensnared Bowers.

In three decades of involvement in conservative politics, Rusty Bowers has never been so worried by the gap between perception and reality that currently plagues Arizona's Republican Party.

Ahead of the November 8 midterm elections, masked poll watchers, some of them armed, have been looming over ballot drop boxes in a bid to prevent a repeat of the vote-fixing they are convinced took Donald Trump's presidency away from them in 2020.

No such conspiracy exists, says Bowers, and a party that was once more pragmatist than propagandist is now fully in thrall to unhinged theories -- and it's dangerous.

"It's intimidation," Bowers -- the 70-year-old speaker of the Arizona House of Representatives -- says of the men and women wearing paramilitary gear who set up camp at ballot boxes in parts of the southwestern state.

"If you take voting away and make it insecure, and you increase the violence, to me that's a fertile ground for fascism," he tells AFP in an interview in Arizona's state Capitol.

On Tuesday a judge this week ordered the self-appointed poll watchers to keep their distance from the drop boxes. But a toxic political climate that has swirled since the last election has persisted, and ensnared Bowers.

In November 2020, after campaigning for Trump in the presidential race, Bowers watched with dismay as Joe Biden's vote tally in Arizona squeaked past those of the GOP incumbent.

A mere 10,000 ballots separated the two candidates, but under the first-past-the-post rules, the state's electoral college votes all went to Biden, helping tip the Democrat over the national line and into the White House.

Multiple investigations, including a recount organized by the Republican Party, found no evidence of wrongdoing; nothing to throw any doubt on the results.

In line with his constitutional duty as leader of the state House, Bowers readied to certify the results. And that should have been that.

But then his phone rang.

On the other end, Trump and his lawyer Rudy Giuliani set about assuring Bowers that an old Arizona law -- which he has never found -- allowed the Republican-controlled assembly to change the state's electors, the people responsible for formally electing the president after the election, in defiance of the popular vote.

"When they asked me to break my vow to the Constitution, it's like saying: 'We want you to throw away your religion, your faith, the foundation of who you are.'"

Bowers stuck to his guns, and Arizona's electoral college votes went to Biden.

As it has for others before and since who have taken a principled stand in defiance of Trump, that decision tipped his world upside down.

Bowers is no wilting liberal; he is fiercely pro-life, wants the southern US border strictly controlled, and wears his Mormonism proudly.

Since Trump smeared him as a "RINO coward" -- a Republican In Name Only -- Bowers has been besieged by death threats and a torrent of abusive emails.

The father-of-seven was called to Washington to testify before the committee investigating the January 6 US Capitol assault about the pressure he came under to rig the election.

For weeks, Trump supporters and far-right militia members demonstrated in front of his home, sometimes armed, sometimes carrying signs that accused him of paedophilia and other insults favored by QAnon conspiracists.

Even as the physical intimidation died down, Bowers found himself the target of a political assassination.

Like many who cross Trump, he was faced with a far-right challenge in the Republican primary for a state senate seat.

But until he leaves office in January, Bowers says he will keep fighting.

A Republican state bill introduced this session would have given the Arizona House authority to summarily dismiss the results of a popular election, Bowers said, calling it "dangerous legislation."

Whether it stays dead is another matter.

Arizona voters are being offered Republican candidates for governor, secretary of state and US senator who all subscribe wholly to Trump's election denialism.

"The strength of the leadership of the current party is just anger," Bowers says, adding it is "leaning towards the Mussolini model," referring to Italy's WWII-era Fascist leader.

And that, he concludes, is not good for the country as a whole, whose polity is hanging by a thread.

"It's a very shallow civilization," he says, gesturing with his thumb and his forefinger squeezed tightly together. 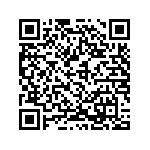 The one thing Americans agree on ahead of midterms: 'Vote, vote, vote'

US lawmakers clash over Biden's handling of Chinese balloon