Cautious hope for Ethiopia deal to silence the guns

World leaders and ordinary Ethiopians voiced cautious hope that a breakthrough deal between Ethiopia's government and Tigrayan rebels could signal a permanent end to the brutal conflict in Africa's second most populous country.. US Secretary of State Antony Blinken described it as a "momentous step" while UN chief Antonio Guterres voiced hope it "can start to bring some solace to the millions of Ethiopian civilians that have really suffered during this conflict".

World leaders and ordinary Ethiopians voiced cautious hope that a breakthrough deal between Ethiopia's government and Tigrayan rebels could signal a permanent end to the brutal conflict in Africa's second most populous country.

The agreement, unveiled Wednesday after little over a week of negotiations, is seen as a crucial first step towards ending the bloodshed but many questions remain about its implementation.

It was sealed almost two years to the day since the war erupted on November 4, 2020 between federal forces and the Tigray People's Liberation Front (TPLF) and followed a surge in fierce combat from late August that had alarmed the international community.

The two sides agreed to "silence their guns" in a conflict that has seen many thousands of people killed and millions forced from their homes, with reports of atrocities including massacres and rape committed by all parties.

Speaking to a crowd of supporters in southern Ethiopia, Prime Minister Abiy Ahmed said Thursday the government had scored a victory in the deal that was brokered by the African Union in Pretoria.

"In the South Africa negotiations, 100 percent of the ideas Ethiopia has proposed have been accepted," he said.

According to a joint statement signed by both parties, the agreement includes provisions for the disarmament of TPLF fighters and a public "commitment to safeguarding the sovereignty and territorial integrity of Ethiopia" -- a key demand by the government.

It also provides for the restoration of services to war-stricken Tigray and unhindered access to humanitarian supplies.

But details regarding its implementation remain vague, and no mention was made of Abiy's ally Eritrea, a major player in the conflict, despite international calls for Asmara to withdraw its forces from Tigray.

While hailing the agreement as a "new dawn" for Ethiopia and the volatile Horn of Africa region, AU mediator Olusegun Obasanjo had cautioned Wednesday: "This moment is not the end of the peace process but the beginning of it."

US Secretary of State Antony Blinken described it as a "momentous step" while UN chief Antonio Guterres voiced hope it "can start to bring some solace to the millions of Ethiopian civilians that have really suffered during this conflict".

The European Union encouraged further talks to achieve a permanent ceasefire agreement and said "swift implementation" on the ground was needed including the resumption of humanitarian access and restoration of basic services.

The agreement was greeted cautiously on the streets of Ethiopia's capital Addis Ababa.

"If the truce were done earlier, it would have been better. Many people wouldn't have been killed (and) displaced," businessman Million Tadesse told AFP.

Banker Degsew Assefa also welcomed the agreement, but said it needed to "be carefully implemented so we don't relapse back to war".

"There is no other option than peace," he said.

Abiy -- who won the 2019 Nobel Peace Prize for his rapprochement with Eritrea -- sent troops into Tigray to topple the TPLF after accusing the group of launching attacks on federal army camps.

It followed seething tensions between Abiy and the TPLF, which had dominated Ethiopian politics for nearly three decades until his election in 2018.

The war's toll is unknown, but the US has estimated that as many as half a million people have died in the conflict.

The fighting has triggered a severe humanitarian crisis and caused large-scale displacement in Tigray as well as in the neighbouring regions of Amhara and Afar.

Tigray has faced severe shortages of food and medicines and limited access to electricity, banking and communications, with UN warnings that hundreds of thousands of people were on the brink of famine.

UN investigators have accused Abiy's government of crimes against humanity in Tigray, including the use of starvation as a weapon -- claims rejected by the authorities.

Amnesty International said Wednesday's deal was a step in the right direction, but called for further action to address the "unspeakable abuses" committed during the conflict.

"At present, the accord fails to offer a clear roadmap on how to ensure accountability for war crimes and crimes against humanity, and overlooks rampant impunity in the country, which could lead to violations being repeated," it said in a statement. 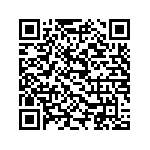