But its box-office dominance is not expected to survive the arrival next weekend of Marvel and Disney's "Black Panther: Wakanda Forever." The release of that highly anticipated sequel will help return Hollywood "to world-class form," said David A. Gross of Franchise Entertainment Research.

In second place for the weekend was Crunchyroll's anime movie "One Piece Film: Red," at $9.5 million. The film, drawing warm response from fans of the long-running manga series, is already the ninth highest grossing release ever in Japan, Variety reported.

Universal's rom-com "Ticket to Paradise" came in third, earning $8.5 million, behind the proven chemistry of stars Julia Roberts and George Clooney. It has earned $85 million abroad.

In fourth was Paramount's horror movie "Smile," at $4 million, still drawing viewers even after the Halloween holiday. Originally set for streaming-only release, it is now barely $1 million shy of the $100 million mark domestically.

And in fifth was supernatural horror film "Prey for the Devil" from Lionsgate, at $3.9 million. Jacqueline Byers plays a nun trained in exorcism who, with the help of a certain Father Dante, battles demonic forces.

Overall, the box office remains well below its pre-pandemic levels -- down 33.8 percent so far this year compared to 2019, according to Gross.

But with more wide releases set for next year "the recovery should gain more strength," he said.

Rounding out the top five were:

"The Banshees of Inisherin" ($2 million) 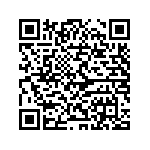