COP27: Financing for climate damages gets a foot in the door

UN climate negotiations on Sunday offered a sliver of hope and "solidarity" for developing countries battered by increasingly costly impacts of global warming, in agreeing to discuss the thorny issue of money for "loss and damage".. But he said that getting negotiators to agree to discuss the issue was only an initial step.

UN climate negotiations on Sunday offered a sliver of hope and "solidarity" for developing countries battered by increasingly costly impacts of global warming, in agreeing to discuss the thorny issue of money for "loss and damage".

Countries least responsible for planet-heating emissions -- but hardest hit by an onslaught of weather extremes -- have been ramping up the pressure on wealthy polluting nations to provide financial help for accelerating damages.

But in a sign of how contentious the issue is among richer nations fearful of open-ended climate liability, the issue was only added to the formal agenda to the UN's COP27 climate summit in the Egyptian resort town of Sharm el-Sheikh after two days of last-ditch negotiations.

This "reflects a sense of solidarity and empathy for the suffering of the victims of climate induced disasters," Egypt's Sameh Shoukry, the COP27 president, said to applause.

At last year's UN summit in Glasgow, the European Union and the United States rejected calls for a separate financial mechanism.

Instead, negotiators agreed to start a "dialogue" extending through 2024 on financial compensation.

The issue has grown ever more urgent in recent months as nations were slammed by a crescendo of disasters, such as the massive flooding that put a third of Pakistan under water in August.

Senegal's Madeleine Diouf Sarr, who represents the Least Developed Countries negotiating bloc, said climate action across the board had been far too slow.

"Lives are being lost. Climate change is causing irreversible loss and damage, and our people carry the greatest cost," she said, adding that an agreement on funding arrangements must be reached in Egypt.

Appeals for more money are bolstered by a field known as event attribution science, which now makes it possible to measure how much global warming increases the likelihood or intensity of an individual cyclone, heat wave, drought or heavy rain event.

But he said that getting negotiators to agree to discuss the issue was only an initial step.

"We still have a marathon ahead of us before countries iron out a formal decision on this central issue for CO27," he said.

Wrangling over loss and damage has unfolded against the backdrop of an unmet promise by rich nations to provide $100 billion a year starting in 2020 to help the developing world green their economies and anticipate future impacts, called "adaptation" in UN climate lingo.

That funding goal is still $17 billion dollars short. Rich nations have vowed to hit the target by the end of 2023, but observers say the issue has severely undermined trust.

The UN Environment Programme has said the goal -- first set in 2009 -- has not kept up with reality, and estimates that funding to build resilience to future climate threats should be up to 10 times higher.

Meanwhile, countries are far off track to reach the Paris deal goal of limiting global warming to 1.5 degrees Celsius.

The UN says the world is currently heading to 2.8C of warming, or a still-catastrophic 2.4C even if all national pledges under the Paris treaty are fulfilled.

Depending on how deeply the world slashes carbon pollution, loss and damage from climate change could cost developing countries $290 to 580 billion a year by 2030, reaching $1 trillion to 1.8 trillion in 2050, according to the Grantham Research Institute on Climate Change and the Environment in London.

The World Bank has estimated the Pakistan floods alone caused $30 billion in damages and economic loss. Millions of people were displaced and two million homes destroyed.

"Here in Sharm el-Sheikh we have a duty to speed up our international efforts and turn words into action to catch up with their lived experience," he said.

Up to now, poor countries have had scant leverage in the UN wrangle over money. But as climate damages multiply, patience is wearing thin.

The AOSIS negotiating block of small island nations told AFP that they would like to see the details for a dedicated loss-and-damage fund worked out within a year.

"There's not enough support for us to even to begin to prepare for the loss and damage that we are expected to face," said AOSIS lead negotiator on climate finance Michai Robertson. 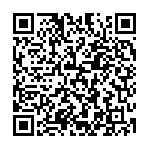 Rich nation 'gestures' on climate damage only a start: observers