Italy to inject another 400 mn euros into airline

The Italian government on Tuesday approved injecting another 400 million euros ($400 million) into state-owned ITA Airways as efforts to sell off the airline stall.

The funds will be available to the airline by the end of the month after the economy ministry approved the injection.

The airline was created last year out of the ashes of Alitalia, which accumulated more than 11 billion euros in losses in the two decades before being shut down.

The European Union approved Italy continuing to support an airline, but insisted upon a new, smaller company and limited public funding.

The previous government under prime minister Mario Draghi launched an effort to sell off a majority of the airline, and in August accepted an offer by US investment fund Certares, Delta Air Lines and Air France-KLM over a proposal by Germany's Lufthansa and shipping group MSC.

But with little progress in negotiations with the Certares consortium, new Economy Minister Giancarlo Giorgetti at the end of October did not renew the exclusivity of talks with ITA, putting Lufthansa and shipping group MSC back in the running.

The choice of Certares also did not please the airline's chairman, Alfredo Altavilla, who had clashed with the company's board over the selection and resigned on Monday.

The Certares consortium had proposed buying 50 percent of ITA plus one share for 350 million euros, leaving the remaining shares to the Italian state.

Lufthansa said at the beginning of November that it was "still interested" in taking over ITA, as long as it was a "real privatisation of the airline".

The European Commission has authorised Italy to pump up to 1.35 billion euros into the airline. 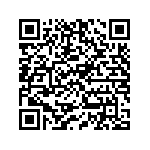 Italy picks bid by US fund, Delta and Air France for ITA Airways

Lufthansa closes in on stake in Italy's ITA Airways

From the Andes to Los Angeles: air crashes that rocked the sports world