The UN's chief called Tuesday for an end to a "toxic cover-up" by companies as a sweeping report said they cannot claim to be net zero if they invest in new fossil fuels, cause deforestation or offset emissions instead of reducing them.. - 'Watershed moment' - Net zero is "entirely incompatible" with any new fossil fuel investment, the report said, although McKenna said oil and gas companies could still have these pledges if they swiftly transition to renewables.

The UN's chief called Tuesday for an end to a "toxic cover-up" by companies as a sweeping report said they cannot claim to be net zero if they invest in new fossil fuels, cause deforestation or offset emissions instead of reducing them.

Antonio Guterres said businesses as well as cities and regions should update their voluntary net zero pledges within a year to comply with the recommendations by UN experts, as he trained his sights on fossil fuel firms and "their financial enablers".

"Using bogus 'net-zero' pledges to cover up massive fossil fuel expansion is reprehensible. It is rank deception," he said at the launch of the report at the COP27 conference in Egypt.

"This toxic cover-up could push our world over the climate cliff. The sham must end."

The UN expert panel, convened by Guterres after UN climate talks in Glasgow last year, set its sights on drawing a "red line" around greenwashing in net zero targets from companies, cities and regions.

A huge surge in decarbonisation pledges in recent months means that around 90 percent of the global economy is now covered by some sort of promise of carbon neutrality, according to Net Zero Tracker.

"It's very easy to make an announcement that you are going to be net zero by 2050. But you have to walk the talk and what we've seen is that there is not enough action," said Catherine McKenna, Canada's former environment and climate change minister, who led the panel.

"We have to do two things to reach net zero -- we need to drastically reduce emissions, and we need to invest in clean (energy)," she told AFP.

She added it was currently "extremely hard" to properly evaluate whether firms were cutting emissions and called for greater transparency.

The report lists a slew of recommendations, including calling on governments to begin putting in place binding regulations.

A central recommendation from the panel is that net zero plans must be in line with the Paris Agreement's most ambitious aim of limiting global warming to 1.5 degrees Celsius above pre-industrial temperatures.

But to do that UN scientists say that global emissions must be slashed virtually in half by 2030, and after that they should be reduced to net zero by 2050.

There have been growing concerns that some firms have not aligned their efforts with the latest climate science -- by failing to account for emissions from key activities, or by saying they can make up for increasing pollution today with "carbon credits" from activities like tree planting.

The report recommends that credits should not be used to "offset" emissions, until after a firm has done everything possible to cut emissions in line with the 1.5C target and that if they are used at all they should be from a reliable and verified source.

"The reality is you can't offset your way to net zero," McKenna told AFP.

"You don't get an A for showing up in class. You get an A for doing the work and you can't pay someone else to do it, you have got to do it yourself."

The report added that net zero pledges should include short term targets every five years, beginning in 2025.

It stressed that these should cover all greenhouse gas emissions from all activities -- including supply chains for businesses and investments for financial institutions.

Net zero is "entirely incompatible" with any new fossil fuel investment, the report said, although McKenna said oil and gas companies could still have these pledges if they swiftly transition to renewables.

Firms would also not be able to continue activities that result in deforestation and still claim they are decarbonising.

"We find that too often too many businesses continue to rely on business models that result in the destruction of natural ecosystems," said panel member Arunabha Ghosh, of the Council on Energy Environment and Water, a think tank.

"We want to show that any company doing this is working against net zero."

The report also said businesses with net zero plans should not lobby against climate action.

"Today's announcement is a watershed moment when it comes to corporate lobbying on climate policy, which has long stymied action from governments," said Will Aitchison of the think tank InfluenceMap.

In September, an analysis by CDP, a non-profit that runs a global disclosure system for companies to manage their environmental impacts, found that the decarbonisation plans of major corporations from G7 nations put Earth on course to heat a potentially catastrophic 2.7C. 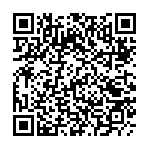