Fractured relations between the United States and China have cast further doubt on whether Beijing will sign up to more climate promises, with pressure mounting on the world's biggest emitter.. Alden Meyer, a senior associate at climate change think tank E3G, said cooperation between China and the United States on key issues such as methane and deforestation was essential.

Fractured relations between the United States and China have cast further doubt on whether Beijing will sign up to more climate promises, with pressure mounting on the world's biggest emitter.

US President Joe Biden is expected to be among the leaders to show up at the COP27 summit in Egypt's Red Sea resort of Sharm el-Sheikh, but his newly reanointed Chinese counterpart Xi Jinping will be conspicuous by his absence.

Cooperation between the world's two largest economies and carbon polluters has been central to rare breakthroughs in the nearly 30-year saga of UN climate talks, including the landmark 2015 Paris Agreement.

However, relations have sunk to a 40-year low after a visit to Taiwan by House of Representatives Speaker Nancy Pelosi and a US ban on the sale of high-level chip technology to China, leaving the outcome of COP27 in doubt.

The rival nations have already been thrust under the spotlight at the talks in Egypt, with French President Emmanuel Macron telling campaigners on Monday both needed to "step up".

Beijing was a central player in the French capital seven years ago and is also considered crucial to this year's talks in Egypt, given the outsized impacts of its huge population, massive energy-guzzling economy and status as the planet's largest emitter of greenhouse gases.

Xi has already pledged that China will peak its carbon dioxide emissions before 2030 and reduce them to net zero by 2060, moves seen as essential for meeting the Paris goal of keeping global temperature rise well below two degrees Celsius.

However, with humanity poised to blow past the 2 degrees Celsius limit under current commitments, pressure has grown on major polluters to go even further in their efforts to cut emissions.

Alden Meyer, a senior associate at climate change think tank E3G, said cooperation between China and the United States on key issues such as methane and deforestation was essential.

"If they're pushing against each other on how to deal with those issues it's never helpful," Meyer told AFP.

"China and the US are both going to act based on what they think is in their national self-interest, but when it comes to international collaboration it's been important for the US and China to be aligned at key moments."

Still, there are scant hopes that China will significantly ramp up its climate commitments at COP27.

A report published by the environment ministry last month stressed the need to deliver existing pledges instead of promising anything new.

China's climate change chief underscored the point, calling on developed countries to cough up long-promised cash for poorer nations instead of falling back on "empty slogans".

China is under pressure to firm up plans to cut emissions of methane, an atmospheric pollutant present in much lower quantities than carbon dioxide but with far greater heat-trapping potential.

Methane accounts for around 10 percent of China's total emissions, mainly from the mining, agriculture and waste sectors.

Beijing and Washington jointly declared last year that they would work together to control methane emissions.

But while the US has already laid out plans to cut its emissions to 30 percent below 2020 levels by the end of the decade, China has not yet announced its own roadmap.

"Methane is an area that has been neglected by China's climate action ... (but) can no longer stay as an afterthought," said Li Shuo, senior global policy adviser at Greenpeace East Asia.

Whether Beijing releases an action plan at COP27, and what that plan entails, "will tell us a lot about China's willingness to honour promises and its desire to engage with other partners", Li told AFP.

The environmental impact of Xi's flagship Belt and Road initiative has also come under scrutiny.

The sprawling plan envisions a continent-spanning web of infrastructure projects to link China with markets in Asia, Europe, Africa and beyond.

Campaigners have criticised the projects for damaging fragile ecosystems and including new coal-fired power plants overseas, even as Beijing pivots towards renewables at home.

China was funding over a quarter of all new coal plants outside its borders by 2019, according to a report by the Institute for Energy Economics and Financial Analysis, a US think tank.

Authorities have since called a halt to overseas coal funding and pledged to pursue "green" projects that help to reduce emissions, cut pollution and protect biodiversity.

Concerns linger over China's dependence on coal -- which still makes up most of its energy supply -- especially after it burned through even more this summer to meet increased air-conditioning demand and make up for shrunken hydropower dams.

Despite this, Xi can point to a suite of policies that have helped position China as an emerging environmental force, including ramping up support for renewables, bringing swaths of the countryside under state protection and booting smog-spewing factories out of large cities to improve air quality. 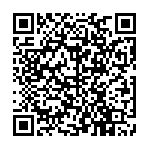 US urges islands to set example for China, India on methane

UN climate summit hangs on money for 'loss and damage'