Argentina Vice President Cristina Kirchner on Thursday demanded the reclusion of a judge overseeing the investigation into an alleged attempt to murder her.. The former president, 69, accused judge Maria Eugenia Capuchetti of failing to investigate her attackers' political connections.

Argentina Vice President Cristina Kirchner on Thursday demanded the reclusion of a judge overseeing the investigation into an alleged attempt to murder her.

Kirchner survived the assassination attempt on September 1 as she mingled with supporters outside her home in Buenos Aires when the gun brandished by her alleged assailant failed to fire.

She posted on Twitter stating she had asked her lawyers to push for the removal of Capuchetti. In a video accompanying the post, a woman's voice accuses the judge of failing to interview an opposition politician the video attempts to link to the presumed assassination attempt.

"It is clear that the 'judicial party' does not want Cristina as a victim. It wants her imprisoned or dead," said the narrator.

In the video, the narrator claims that a witness overheard legislator Gerardo Milman making a comment that could presumably link him to an assassination plot two days before the attack.

Shortly after the failed attack, Kirchner's lawyer Gregorio Dalbon claimed the attacker could not have acted alone and others must have been involved in the plot.

Four people have been charged with involvement in the attack.

The alleged assailant, Fernando Sabag Montiel, 35, was arrested at the scene as he was detained by Kirchner supporters who had come to her home as she went on trial for alleged corruption while she was president.

Gabriel Carrizo, 27, and Agustina Diaz, 21, were arrested later and charged with complicity in the attack.

However, Diaz has since been released after an appeals court said there was a lack of evidence to indict her.

Kirchner is among 13 people accused of fraud and corruption that occurred during her two terms as president as well as her late husband Nestor's term.

The ongoing case involves bribes alleged to have been paid in her Patagonian political stronghold.

Kirchner, who is also implicated in several other corruption investigations, has always claimed to be the victim of political persecution.

Prosecutors have requested that she be jailed for 12 years and banned from politics for life.

A verdict is due at the end of the year. 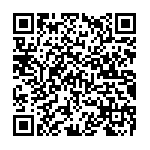