Germany and Spain are planning to train thousands of Ukrainian troops under an EU programme to help bolster Kyiv's fightback against Russia, officials said Tuesday.. Germany's Defence Minister Christine Lambrecht said at a meeting of EU counterparts in Brussels that Berlin was planning to train 5,000 Ukrainians "in a wide range of skills" by next June.

Germany and Spain are planning to train thousands of Ukrainian troops under an EU programme to help bolster Kyiv's fightback against Russia, officials said Tuesday.

Their assistance adds to announcements already given by other EU countries that they will train Ukrainian soldiers on their territories.

The European Union is launching its largest ever military training mission aimed at preparing an initial 15,000 Ukrainian troops for the battlefield.

The main hub for the mission will be in Ukraine's EU neighbour Poland, with a secondary headquarters set up in Germany.

Germany's Defence Minister Christine Lambrecht said at a meeting of EU counterparts in Brussels that Berlin was planning to train 5,000 Ukrainians "in a wide range of skills" by next June.

Spanish Defence Minister Margarita Robles said her country would train 400 troops every two months, with a total capacity of 2,400 a year.

She said facilities had already been put in place at a training facility in the central city of Toledo to house the troops.

France last month announced that it would train up to 2,000 Ukrainian soldiers.

Britain, Canada and the United States -- all fellow NATO countries -- have already been training Ukrainian military personnel, in Britain and at a US base in Germany.

The EU training mission is set up for an initial two years and is expected to cost around 60 million euros ($62 million) annually.

The money comes from the bloc's European Peace Facility, a fund that has been severely strained as it is tapped to cover the cost of weapon deliveries by EU members to Ukraine.

Defence ministers were discussing whether to bolster the fund, as 3.1 billion euros -- of its total 5.7-billion-euro budget to 2027 -- has already been allocated to arming Ukraine.

Brussels says that, along with deliveries by individual member states, the European Union has overall provided military arms and equipment worth eight billion euros to Ukraine.

That's around 45 percent of the value of arms deliveries provided by the United States.

Kyiv's European backers have been buoyed by Ukraine's recent liberation of the key city of Kherson from Russian forces and have pledged to keep the support flowing.

"It means that the help that Ukraine is getting -- weapons but also training -- is working in the battlefield," said Dutch Defence Minister Kajsa Ollongren.

"It means the Ukraine has a very good military strategy. So I think it's extremely important and it means that we have to continue our support to Ukraine," she said.

He hailed the Ukrainian army's advances.

"Russia's troops are retreating. The war is taking a completely different turn than (Russian President Vladimir) Putin could have imagined when he launched this attack against Ukraine nine months ago," he said. 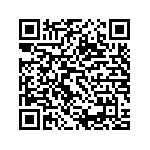 EU should give tanks to Ukraine: European Parliament chief