As COP27 delegates in Egypt debate planet-heating emissions, the climate crisis is exacerbating devastating hunger across several African nations and will worsen further without urgent action, the UN said Wednesday.

"If drastic measures are not taken urgently, hunger will increase as climate change is felt everywhere, most intensely in vulnerable areas, such as Sudan," said Zitouni Ould-Dada, from the United Nations Food and Agriculture Organisation (FAO).

As the COP27 summit opened, a joint statement from over a dozen UN agencies and major charities warned the Horn of Africa was gripped by the "longest and most severe drought in recent history", warning that parts of Somalia are "projected to face famine".

Africa is home to some of the countries least responsible for carbon emissions but hardest hit by an onslaught of weather extremes.

Sudan, like many other countries on the continent, has been hit hard in recent years by erratic weather patterns -- harsh droughts and searing temperatures followed by torrential rains.

Around a third of the population, over 15 million people, will need aid next year, the highest level for over a decade, according to the World Food Program (WFP).

The climate summit in Egypt, billed as the "African COP", must be where the continent's food security is addressed, said Ould-Dada, deputy director of the FAO's Climate and Environment Division.

But despite the vast resources of the continent, many nations are reliant on importing food, Ould-Dada added.

"It does not make sense for Africa to import 40 percent of its wheat from Russia and Ukraine when it itself is so rich in resources," he said, on the sidelines of the climate talks in Egypt's Red Sea resort of Sharm el-Sheikh.

"It takes political will to fight poverty and hunger globally."

Sudan is already struggling with what experts and activists say is the result of shifting weather patterns: worsening conflicts over scarce land and water resources.

Sudan is the world's fifth most vulnerable country to the impacts of climate change, according to a 2020 ranking in the Global Adaptation Index, compiled by Notre Dame University in the United States.

Increasing demands on dwindling natural resources have fuelled inter-ethnic conflict in Sudan, including the 2003 war that erupted in the arid western region of Darfur.

While a peace deal for Darfur was struck in 2020 with key rebel groups, violence continues.

With agriculture and livestock accounting for 43 percent of employment and 30 percent of GDP, conflicts over livestock and access to water and land continue.

According to the UN, 800 people have been killed this year and more than 260,000 displaced in conflict across Sudan. 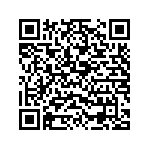