Nepal votes in poll coloured by downturn and discontent

Nepali voters cast their ballots for a new parliament Sunday in a contest dominated by public frustrations over the Himalayan republic's elderly political elite and anxiety over its teetering economy.. Though analysts expect Nepal's entrenched political veterans to again dominate the next assembly, many voters have lost faith in the status quo and a mood for change is palpable.

Nepali voters cast their ballots for a new parliament Sunday in a contest dominated by public frustrations over the Himalayan republic's elderly political elite and anxiety over its teetering economy.

A revolving door of prime ministers -- most serving less than a year -- and a culture of horse-trading have fuelled perceptions the government is out of touch with Nepal's pressing problems.

Several younger faces are contesting for the first time, up against established parties whose leaders have strode the corridors of power for decades.

Though analysts expect Nepal's entrenched political veterans to again dominate the next assembly, many voters have lost faith in the status quo and a mood for change is palpable.

"Every party took turns in government over the past five years and they did nothing," Chiranjibi Dawadi, a driver by trade, told AFP this week.

"My family has decided to vote for a new party this time. It's OK even if they don't look after us. Old parties didn't either."

Sunday's elections are the second since a new constitution was promulgated in 2015, ushering in a new political order after the conclusion of Nepal's traumatic Maoist insurgency.

The civil war ended in 2006, having claimed more than 17,000 lives and prompting the abolition of the country's monarchy, while also bringing the former rebels into the government fold.

Since then the former guerrillas have alternated in power with another communist party and the established Congress in various coalitions.

But political instability has been a recurrent feature of Nepal's parliament, and no prime minister has served a full term since the war ended.

A constant balancing act has left governments of different stripes struggling to navigate the traditional rivalry between Nepal's two neighbours, China and India, at a time of rising Western concern with Chinese-funded mega-projects in the country.

Incumbent premier Sher Bahadur Deuba, 76, is serving in the role for the fifth time. The two other main party leaders are 70 and 67 and have both held office as prime minister twice.

Public disaffection with the trio has intensified with the economy still in the doldrums from the pandemic, which devastated the vital tourism industry and dried up remittances from the huge number of Nepalis working abroad.

Inflation is spiking and the government has banned imports of several goods, including foreign liquor and television sets, to shore up its dwindling foreign exchange reserves.

Several younger candidates have thrown their hats into the ring this year, foremost among them bombastic journalist Rabi Lamichhane.

The charismatic former television host, 48, made his name with a muckraking news programme where he shouted at officials and ran hidden camera stings on corrupt bureaucrats, tapping into public frustration over endemic graft.

"I had voted for old parties in the past, but I voted for new candidates this time," Sushant Thapa, a 26-year-old student, told AFP at a polling station in Kathmandu.

"I hope there will be a new team in parliament who will listen to the language of the public."

But analysts say the nature of Nepal's parliamentary system means that Sunday's poll will likely result in a parliament dominated by prominent parties.

"It's unlikely that there will be a majority for any single party," he said. "It's again going to be the same power games and coalition governments."

Nepal's remote Himalayan communities make every national vote a logistical feat, and election commission officials have said it will take "four to five days" for the result to be known. 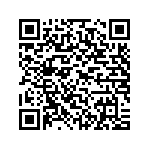