US Vice President Kamala Harris will travel Tuesday to a Philippine island near waters claimed by China to show support for the longtime US ally and counter Beijing's growing influence in the region.. EDCA stalled under former president Rodrigo Duterte, but the United States and the Philippines have expressed support for accelerating its implementation as China becomes increasingly assertive.

US Vice President Kamala Harris will travel Tuesday to a Philippine island near waters claimed by China to show support for the longtime US ally and counter Beijing's growing influence in the region.

Harris will be the highest-ranking US official ever to visit the western island of Palawan, the closest Philippine landmass to the Spratly archipelago in the hotly contested South China Sea.

Beijing claims sovereignty over almost the entire sea and has ignored an international court ruling that its claims have no legal basis.

The Philippines, Vietnam, Malaysia and Brunei have overlapping claims to parts of it.

Harris will meet with fisherfolk and members of the Philippine Coast Guard.

She will also deliver remarks that "underscore the importance of international law, unimpeded lawful commerce, and freedom of navigation", a US official told reporters before the visit.

Harris's trip to Palawan comes a day after she held talks with Philippine President Ferdinand Marcos in Manila.

She reaffirmed the United States' "unwavering" commitment to defending the Philippines if its vessels or aircraft were attacked in the South China Sea.

Washington has a decades-old security alliance with the Philippines that includes a mutual defence treaty and a 2014 pact, known by the acronym EDCA, which allows for the US military to store defence equipment and supplies on five Philippine bases.

It also allows US troops to rotate through those military bases.

EDCA stalled under former president Rodrigo Duterte, but the United States and the Philippines have expressed support for accelerating its implementation as China becomes increasingly assertive.

As regional tensions rise, fuelled by China's recent wargames around Taiwan, Washington is seeking to repair ties with Manila, whose cooperation would be critical in the event of a conflict.

Relations between the two countries fractured under the mercurial Duterte, who favoured China over his country's former colonial master.

While Marcos has sought to strike more of a balance between his superpower neighbours, insisting he will not let China trample on Manila's maritime rights.

Of all the claimants to the South China Sea, Beijing has in recent years pressed its stance most aggressively.

Hundreds of Chinese coast guard and maritime militia vessels prowl the waters, swarming reefs, harassing and attacking fishing and other boats, and interfering in oil and gas exploration, and scientific research.

On the eve of Harris's visit to Palawan, a senior Filipino navy official accused the Chinese coastguard of "forcefully" seizing parts of a rocket that landed in the Spratlys.

Beijing -- which has built militarised artificial islands in the archipelago -- insisted the handover took place after "friendly consultation".

Tensions between Manila and Beijing flared last year after hundreds of Chinese vessels were detected at Whitsun Reef in the Spratlys. 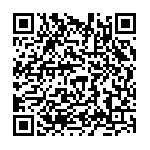