Italy's new far-right government unveiled its 2023 draft budget on Tuesday, with most of the nearly 35 billion euros in spending going on the energy crisis rather than flashy electoral promises.. The draft budget now heads to parliament, where it can be amended.

Italy's new far-right government unveiled its 2023 draft budget on Tuesday, with most of the nearly 35 billion euros in spending going on the energy crisis rather than flashy electoral promises.

More than 21 billion euros will go towards supporting households and businesses in the face of soaring utility bills, leaving little left over for voter-pleasing pledges, such as large tax cuts.

The budget is "prudent and realistic" and "sustainable for public finances", taking into account the economic situation, especially international, the government said.

Among the measures are aid for the payment of electricity bills and fatter tax credits for companies whose energy costs have been rising steadily.

Prime Minister Giorgia Meloni, keen to dissociate her government from Italy's 2018 experience of populist rule, has largely adopted the prudent approach of her predecessor, Mario Draghi.

Italy raised its 2023 public deficit forecast earlier this month to 4.5 percent of gross domestic product (GDP), above the 3.4 percent forecast in September by Draghi's government.

But the deficit is forecast to fall to 3.7 percent in 2024 and three percent in 2025, according to an economic roadmap adopted by Rome.

The draft budget now heads to parliament, where it can be amended. It must then be adopted by both chambers by December 31.

"With the global economy slowing down and interest rates rising, it is forced to remain cautious" and carry out what electoral promises it can, a bit at a time, the former chief economist at the Treasury, Lorenzo Codogno, told AFP on Monday.

The right-wing coalition's flagship measure -- the raising of the ceiling for a 15-percent flat-tax rate for the self-employed -- does not go as far as initially expected.

Employees will benefit from tax reductions of two percent for income up to 35,000 euros per year, as under Mario Draghi, and three percent for those salaries below 20,000 euros.

In addition, companies hiring women aged under 36 will benefit from tax exemptions.

Tax amnesties, another election promise, will be offered to people with tax debts of under 1,000 euros that were incurred before 2015.

On cash payments, the government raised the limit from 2,000 euros to 5,000 euros -- despite warnings from opposition parties that the move would favour corruption.

It also adjusted pension rules so people with 41 years of service can retire at 62 years old, a move affecting an estimated 48,000 people that is likely to be frowned upon in Brussels due to Italy's ageing population.

The new measures will be financed in part by reforming the so-called citizens' income, a poverty relief scheme that Meloni has said will no longer go to adults able to work.

Those deemed fit to work will receive this income for only eight months in 2023, compared to 12 months for the others, and the system will be completely overhauled in 2024.

The government is also set to raise new revenues from a windfall tax on energy companies. 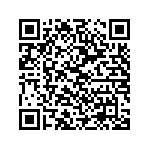