When Husein's body arrived to be lowered into the ground, his grief-stricken relatives broke down, some in wails so loud they echoed through the undulating hills of West Java's Cianjur.. His family's wails broke an eery silence that had descended on the town in the quake's aftermath.

When Husein's body arrived to be lowered into the ground, his grief-stricken relatives broke down, some in wails so loud they echoed through the undulating hills of West Java's Cianjur.

The 48-year-old construction worker and father of four, who like many Indonesians goes by one name, was building a house with three others when a strong earthquake shook the town's foundations on Monday.

It caused buildings to collapse on residents, landslides to bury locals and forced families to reckon with the trauma of losing those closest to them. One of Husein's co-workers also died.

"This is a disaster," said Husein's 30-year-old niece Yunisa Yuliani at his funeral in the village of Gasol near Cianjur, one of the hardest hit by the quake that has killed 268 people.

"It's so hard to even look at his children, they are so young. They keep asking about their father. How do I explain it to them?"

Staring at his body, which had been carried for the duration of a five-minute walk from the construction site, his sister who lived next door to him became inconsolable.

Several of his nieces hugged each other tightly. A tearful man was so heartbroken he had to be held up by two of his friends.

"I just lost a brother 10 days ago. He died of appendicitis and now I lost another brother," said Husein's 43-year-old sister Siti Rohmah.

Husein left behind a three-year-old daughter who does not fully understand that she has lost her father.

His eldest son, in his 20s, watched the digging of his grave quietly as his seven-year-old son cried in a relative's arms and neighbours began a cleaning ritual for his body.

His wife could not be at the funeral as she was working in Saudi Arabia.

It was a scene replicated across the Cianjur area as families retrieved their loved ones from morgues to bury them in hastily arranged ceremonies in accordance with their Islamic beliefs.

"I still held on to hope that he was the last person who was still missing. I pray God will accept his good deeds and give him an easy journey," said Rohmah.

His body was laid on a tarpaulin spread out on a dirt road, wrapped in a white cloth and covered by a traditional orange Indonesian batik shawl. A dozen men stood and prayed over him.

As Husein was lowered into a makeshift grave, men chanted a prayer while others looked at the ground solemnly.

His body was covered with a stack of bamboo and large banana leaves before bystanders covered the grave with soil.

Neighbours then began to recite Islamic verses for the departed.

"I just hope my uncle died in peace," said Yuliani.

Before Husein's body was collected for burial, it was placed in a red and white tent where it could be cleaned, and where the family could get one last look at his face.

His family's wails broke an eery silence that had descended on the town in the quake's aftermath.

"Uncle! Uncle!" is all that could be heard from the enclosed marquee. 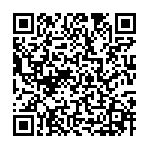