In many parts of the world, a politician might hope for a picture-perfect moment with a voter's baby to boost their poll numbers.. "Older voters like to see their politicians in markets and early in the morning out on the streets," Nachman explained.

In many parts of the world, a politician might hope for a picture-perfect moment with a voter's baby to boost their poll numbers. But in Taiwan, vegetables are the kings of the campaign trail.

Whenever the democratic island of 23 million people goes into election mode, prospective candidates race to pose with smorgasbords of vegetables -- large white radishes are a favourite -- gifted by voters hoping to show their approval.

The reason is Taiwan's love of homonyms: words that sound identical or similar but can carry multiple meanings.

In a political culture infused with good luck symbols and superstition -- where candidates often seek advice from feng-shui masters when deciding the location or opening date of their campaign headquarters -- photo-ops with the right vegetable are routine.

Garlic (suan) is immensely popular because when pronounced in Taiwanese it also sounds like the word for "chosen".

The daikon radish (tsai-tao) is a winner because it is pronounced nearly the same as "good luck", while pineapple (ong-lai) is a homonym for "prosperity comes".

Ke Chiong-shu, 60, has been selling vegetables at the Wuxing Street Market in the capital Taipei for more than a decade.

Many of her district's candidates have visited the market in recent weeks as Taiwan gears up to hold island-wide local elections on Saturday.

When AFP visited recently, it was former health minister Chen Shih-chung's turn to press the flesh as he campaigned for the Taipei mayoralty, one of the most important posts up for grabs this weekend.

Ke grabbed some radish and garlic greens from her stall.

"Hope you get elected," she beamed as Chen proudly turned around to display the gifted veggies to the chanting crowd behind.

"I give to all candidates regardless of their party affiliation," Ke added. "I hope they all get elected so that they can serve us folks and strive for our benefit."

After shaking off decades of martial law, Taiwan has evolved into one of Asia's most vibrant and progressive democracies -- a stark contrast to Communist Party-run China, which claims the island as its own and has vowed to one day take it, by force if necessary.

It can feel like Taiwan is in near-constant campaign mode.

Presidential and parliamentary elections are held every four years and are often dominated by relations with Beijing.

In between are local elections held for a variety of positions, from mayoral posts in big cities to indigenous administrators and village chiefs.

Taiwan also has referendum laws that allow voters to regularly decide on a host of constitutional issues.

Saturday's local election, for example, includes a referendum on whether to lower the voting age from 20 to 18.

Local polls tend to be much less focused on geopolitics and centre more on bread-and-butter issues like bad roads, stagnant wages and recent rising inflation.

"Something that is very special about Taiwanese local elections is how personable things get," political scientist Lev Nachman, who studies Taiwanese electoral politics, told AFP.

Face-to-face greetings and a handshake or slight bow can go a long way in garnering support for a candidate.

"Older voters like to see their politicians in markets and early in the morning out on the streets," Nachman explained.

Under President Xi Jinping, China has become much more bellicose towards Taiwan, and Beijing has cut official communications with the island since President Tsai Ing-wen was first elected in 2016.

The opposition is dominated by the Kuomintang party, which favours warmer ties with China.

Relations with Beijing plunged in August when it conducted huge military drills around Taiwan to protest a visit to the island by US House Speaker Nancy Pelosi.

But despite the very real threat of conflict, the drama has received minimal attention in the lead-up to this Saturday's polls.

"Even though we just went through these very high-tension military drills in August, those aren't really being talked about by local candidates," Nachman said.

"Instead, it is much more about attacking opponents based on the quality of their character,” he added.

Nonetheless, Lin Pei-ying, 36, a DPP candidate who is running for councillor in the northeastern county of Yilan, says she believes her party's commitment to maintaining Taiwan's democratic way of life will still feed into voters' decisions.

"We are sending a message to China," she told AFP. "Taiwan is Taiwan, China is China." 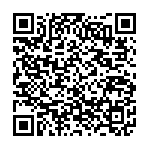 Five ways TikTok is seen as threat to US national security