A remarkable wartime self-portrait of painter Max Beckmann will be auctioned in Germany next week, valued at a record-setting estimate of up to 30 million euros.. Its potential selling price has been valued at a whopping 20-30 million euros ($21-31 million) -- the highest pre-sale estimate for an artwork ever offered in Germany and for a Beckmann work worldwide, according to Grisebach.

A remarkable wartime self-portrait of painter Max Beckmann will be auctioned in Germany next week, valued at a record-setting estimate of up to 30 million euros.

"Selbstbildnis gelb-rosa" (Self-Portrait Yellow-Pink), widely considered a masterpiece and in private hands since it was painted in 1943, features the artist during his Dutch exile from Nazi Germany.

It was initially a gift to his wife Mathilde, known as Quappi, who kept it until her death in 1986. The picture has been in a private Swiss collection for decades, and not shown in public since the mid-1990s.

"No comparable artwork has been offered on the German auction market since 1945," said Micaela Kapitzky, director and partner of Berlin's Grisebach auction house, which is handling the sale on December 1.

Its potential selling price has been valued at a whopping 20-30 million euros ($21-31 million) -- the highest pre-sale estimate for an artwork ever offered in Germany and for a Beckmann work worldwide, according to Grisebach.

The painting was displayed behind glass at a public preview this week to guard against vandalism by climate activists who have been targetting artworks.

Private collections, museums and other institutions around the world have expressed interest in acquiring the painting. Its historical and social significance have sent its value soaring, amid a booming German art market profiting from Brexit woes.

Beckmann's time in Holland was marked by relief at escaping Nazi Germany but frustration at being unmoored -- an ambivalence that surfaced in striking ways in his work, Kapitzky told AFP.

"He flees the Nazis and then is surrounded by them again (in occupied Holland) and yet somehow he manages to find this surprising inner peace," she said of the picture at auction.

"He knows of his importance as a painter. There's even a subtle smile that you can see."

Kapitzky said the self-portrait was also a testament to the "intimate" love story between Beckmann and Quappi against the backdrop of World War II's horrors.

"Quappi always kept it, until her death. She never separated from it," Kapitzky said. "Max Beckmann was a very self-confident man but he needed Quappi at his side."

Beckmann (1884-1950) enjoyed massive acclaim in Germany during his lifetime, with top dealers placing his work with private collectors and major institutions.

That was until the Nazi regime labelled his daring, politically charged art "degenerate" and removed them from German museums in 1937.

Professionally thwarted and increasingly under threat, Beckmann left for Amsterdam, where he lived in self-exile for a decade before moving to the United States.

"Silent death and conflagration all around me and yet still I live," Beckmann wrote in his diary after German troops overran Holland in 1940.

In Amsterdam, Beckmann did not face poverty, as many of his 20,000 fellow German refugees did, nor was he under threat of deportation to a concentration camp like his Jewish friends.

It proved a prolific decade, accounting for roughly one-third of his total output.

But unlike the sombre black tones of many paintings created there, a sunnier palate dominates the self-portrait going under the hammer.

His clothing, perhaps a dressing gown, is trimmed with bright fur in what could be seen as an expression of tenacious defiance.

"When it first arrived, I thought 'wow, it is amazing what power this picture exudes'," Markus Krause, who will conduct the auction, told AFP.

Beckmann would ultimately die in New York at the age of 66, of a heart attack on a sidewalk on his way to the Metropolitan Museum of Art where his "Self-Portrait in Blue Jacket" was exhibited.

Paintings by Beckmann, now considered one of the most important artists of the 20th century, have exploded in value in recent decades.

His "Bird's Hell", ranked among Beckmann's most important anti-Nazi statements, sold at Christie's in London in 2017 for 36 million pounds ($46 million, 41 million euros at the time) and set a new auction record for German Expressionism.

She said many art buyers and sellers were now turning their backs on London in the wake of Brexit due to complications with shipments and customs clearance.

"And so yes, the German market is beginning to benefit from it." 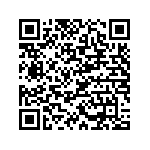