Stocks and oil prices sank Monday on concerns about protests across China at the government's hardline zero-Covid policy, fuelling uncertainty in the world's number two economy.. The prospect of a hit to demand in the world's biggest crude importer hammered oil prices, with both main contracts down more than two percent.

Stocks and oil prices sank Monday on concerns about protests across China at the government's hardline zero-Covid policy, fuelling uncertainty in the world's number two economy.

Hundreds of people took to the streets at the weekend after a deadly fire in the Xinjiang region on Thursday served as a catalyst for public anger, with many blaming virus lockdowns for hampering the rescue effort.

People have taken to the streets in Beijing, Shanghai, Guangzhou and Chengdu calling for an end to lockdowns as well as greater political freedoms in the highest-profile protests in China in years. The demonstrations come after an easing of some measures had fuelled hopes of a lighter pandemic approach.

There were also losses in Tokyo, Sydney, Seoul, Singapore, Taipei and Wellington.

"Sentiment has turned sour as unrest across China grows," said SPI Asset Management's Stephen Inne. "Protest of this extent is rare in the country and raises many uncertainties.

"The best scenario is further easing and reopening, but the speed at how things deteriorated over the weekend suggests the government needs to act fast. The risk of the situation escalating from here and short-term volatility remains high."

And Ken Cheung, of Mizuho Bank, added: "It appears that the zero-Covid policy is reaching its tipping point. More easing or refinement on the Covid measures will be needed to curb discontent."

The prospect of a hit to demand in the world's biggest crude importer hammered oil prices, with both main contracts down more than two percent.

The selling has taken a bit out of recent gains across markets in recent weeks sparked by hopes of a slowdown in the Federal Reserve's interest rate hikes as inflation finally shows signs of softening.

However, some observers said the protests could provide long-term benefits as they could force President Xi Jinping to shift away from his strict, economically damaging measures sooner.

Teneo Holdings' Gabriel Wildau said: "I don't expect Xi to publicly admit error or show weakness, but this wave of protests could cause the leadership to decide privately that the exit needs to proceed more quickly than previously planned."

Investors are now looking ahead to the release of US jobs data at the end of the week, which could provide clues about the Fed's next moves, while speeches by central bank boss Jerome Powell and other key policymakers will also be pored over. 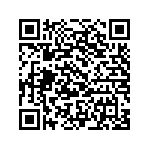 Asian markets build on rally on hopes US will avoid recession