Belgium launched its biggest-ever criminal trial on Wednesday, the landmark prosecution of alleged jihadists accused of directing or aiding 2016 suicide bombings in Brussels' metro and airport that killed 32 people.. Both the November 13, 2015 Paris attacks and the March 22, 2016 suicide bombings in Brussels were claimed by the Islamic State group, and investigators believe they were carried out by the same Belgium-based cell, including Abdeslam.

Belgium launched its biggest-ever criminal trial on Wednesday, the landmark prosecution of alleged jihadists accused of directing or aiding 2016 suicide bombings in Brussels' metro and airport that killed 32 people.

Salah is already notorious after being convicted in a separate trial in France for his role in 2015 attacks in Paris that killed 130 people.

Only one of the nine defendants present, 30-year-old Osama Krayem, refused to stand as they were presented to the high-security court, a purpose-built space in the disused former headquarters of the NATO alliance.

A 10th suspect, 33-year-old Oussama Atar, is believed to have been killed in Syria.

Wednesday's hearing kicked off jury selection from a huge poll of more than 1,000 citizens.

The court was to choose 12 jurors and 24 potential replacements who will need to attend near daily sessions of a months-long process leading into next year.

On December 5, the main evidential hearings will begin.

Both the November 13, 2015 Paris attacks and the March 22, 2016 suicide bombings in Brussels were claimed by the Islamic State group, and investigators believe they were carried out by the same Belgium-based cell, including Abdeslam.

The group was planning more violence, allegedly including attacks on the Euro 2016 football cup in France, but acted quickly after Abdeslam was arrested on March 18.

Four days later, on March 22, two bombers blew themselves up in Brussels airport and another in a city centre metro station near the headquarters of the European Union.

Alongside those killed, hundreds of travellers and transport staff were maimed and six years on many victims, relatives and rescuers remain traumatised.

Five of the nine defendants to appear in the dock in Belgium have already been convicted in the French trial, including Abdeslam. He is serving life without parole in France and faces a further sentence in Belgium.

Hundreds of witnesses and victims will testify in the months to come, some still hopeful that telling the story of Belgium's worst peacetime massacre will offer them a measure of closure.

"I don't really expect a lot of answers," said Sandrine Couturier, who was on the Maelbeek metro platform and plans to come to face the defendants.

"But I want to confront myself with what human beings are capable of doing. I have to accept that not everyone is good," the PTSD survivor told AFP ahead of the opening.

Like many of those who have spoken to reporters, she suffers from memory loss and concentration problems. Many seek treatment for depression.

Sebastien Bellin, a former professional basketball player who was due to fly to New York on the morning of March 22, lost the use of a leg in the attack.

He says that now he feels no hatred.

"It would suck the energy I need to rebuild myself," he says.

The trial should have begun in October, but there was controversy over the dock, in which the accused were to have been held in individual glass-walled boxes.

The defendants' areas were rebuilt as a single, shared space. 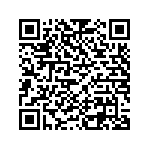