The hackers leaking stolen Australian health records to the dark web on Thursday appeared to end their extortion attempt by dumping a final batch of data online and declaring:"Case closed.". The first batches of stolen data started appearing on a dark web forum on November 9, in curated posts highlighting medical records about drug addiction, pregnancy terminations and sexually transmitted infections.

The hackers leaking stolen Australian health records to the dark web on Thursday appeared to end their extortion attempt by dumping a final batch of data online and declaring:"Case closed."

In November the hackers demanded health insurer Medibank pay US$9.7 million to keep the records off the internet -- or one dollar for each of the company's impacted customers, which included Prime Minister Anthony Albanese.

Medibank refused to pay at the urging of the federal government, which at the height of the crisis considered making it illegal for hacked companies to hand over ransoms.

On Thursday morning the hackers said they had posted the last of the data online, deliberately coinciding with International Computer Security Day.

Medibank on Thursday said the latest post was "incomplete and hard to understand" -- an indication the hackers may have lost interest after a ransom was taken off the table.

"While our investigation continues there are currently no signs that financial or banking data has been taken," Medibank said in a statement.

Australian Federal Police Commissioner Reece Kershaw said in November the hackers were believed to be a group of "loosely affiliated cyber criminals" who were based in Russia.

Cybersecurity analysts have suggested they could be linked to Russian hacker group REvil. 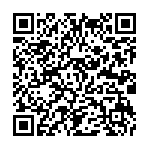