Natural and man-made catastrophes have caused $268 billion of economic losses so far in 2022, chiefly driven by Hurricane Ian and other extreme weather disasters, reinsurance giant Swiss Re estimated Thursday.. Of the estimated $268 billion total economic losses for property damage so far this year, $260 billion are from natural catastrophes and $8 billion from man-made disasters, such as industrial accidents.

Natural and man-made catastrophes have caused $268 billion of economic losses so far in 2022, chiefly driven by Hurricane Ian and other extreme weather disasters, reinsurance giant Swiss Re estimated Thursday.

Insured losses covered $122 billion -- less than half -- of the total economic losses to date this year, said the Zurich-based group, which acts as an insurer for insurers.

"Hurricane Ian and other extreme weather events such as the winter storms in Europe, flooding in Australia and South Africa as well as hailstorms in France and in the United States resulted in an estimated $115 billion of natural catastrophe insured losses this year to date," Swiss Re said in a statement.

There were $7 billion of insured losses from man-made disasters.

It is the second consecutive year in which total insured losses from natural catastrophes topped $100 billion, with the figure hitting $121 billion last year.

"When Hurricane Andrew struck 30 years ago, a $20 billion loss event had never occurred before; now there have been seven such hurricanes in just the past six years."

Hurricane Ian is by far the largest loss-causing event in 2022, with an estimated insured loss of $50-65 billion, said Swiss Re.

It estimated that Hurricane Ian caused the second-costliest insured loss ever, after Hurricane Katrina in 2005.

Ian, a category four hurricane, caused more than 150 deaths, almost all in Florida, where it made landfall on September 28.

One of the most powerful storms ever to hit the United States, it flattened whole neighbourhoods and knocked out power for millions of people. Storm surges and immense downpours left even inland neighbourhoods submerged.

"This highlights the threat potential of a single hurricane hitting a densely populated coastline," Swiss Re said.

The reinsurer added that so-called secondary natural disasters such as floods and hailstorms -- as opposed to major disasters such as earthquakes and hurricanes -- caused more than $50 billion of insured losses.

The storms in Europe in February prompted estimated insured losses of over $3.7 billion, putting winter storms back on the insurance industry's agenda, Swiss Re said.

France experienced the most severe hailstorms ever observed in the European spring and summer, with insured market losses reaching an estimated five billion euros ($5.3 billion), said Swiss Re.

And in Australia in February and March, torrential summer rains led to widespread flooding that, at an estimated $4 billion, became the country's costliest-ever natural catastrophe.

Swiss Re highlighted how the insurance and reinsurance industry covered roughly only 45 percent of the economic losses so far this year.

Of the estimated $268 billion total economic losses for property damage so far this year, $260 billion are from natural catastrophes and $8 billion from man-made disasters, such as industrial accidents.

At $115 billion, total insured losses from natural catastrophes were down five percent from the $121 billion in 2021, but well above the previous 10-year average of $81 billion. 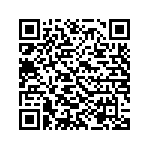